Search for INLA man murdered 30 years ago continues in France

New search for a teacher, Seamus Ruddy, who was murdered by the Irish National Liberation Army. 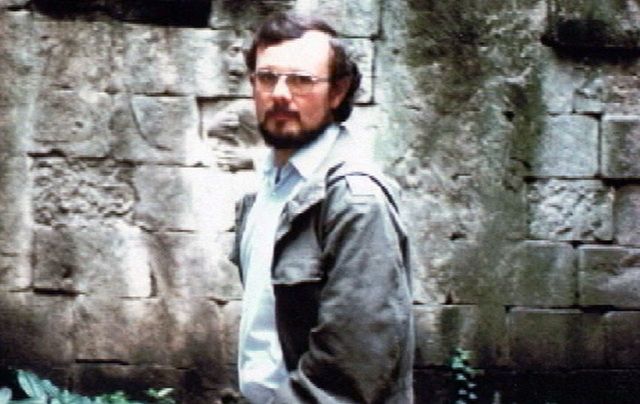 A new search for a teacher who was murdered more than 30 years ago by the Irish National Liberation Army (INLA) started on Tuesday in France.

Seamus Ruddy, a former member of the INLA’s political wing, the Irish Republican Socialist Party (IRSP), was teaching in a private school in Paris when he was killed aged 33.  He was the victim of a dispute that is understood to be related to INLA arms smuggling. The paramilitary group admitted his murder.

One of the difficulties of establishing definitive information about the location of his body was that two of the INLA leaders believed to have been involved in his murder were themselves killed in INLA feuds.

The body of Ruddy, one of a group known as the Disappeared -- victims of the Northern Ireland Troubles who were abducted and murdered by republicans and whose bodies have never been found -- is believed to be buried in a forest at Pont-de-l’Arche outside Rouen in northern France.

It is the fourth search near Rouen for the remains of Ruddy. The last one was in 2008.

Those in charge of this search, expected to last a number of weeks, are hopeful of a result.

Geoff Knupfer, the former police officer leading the hunt, said he was satisfied the information received by the North-South Independent Commission for the Location of Victims’ Remains (ICLVR) about the location of Ruddy’s remains is “as accurate as it can be given the passage of time.”

Ruddy’s sister Anne Morgan said, “Seamus disappeared almost exactly 32 years ago on 9 May 1985.  All we can do is what we have been doing over these long years since, which is to pray that one day he’ll be found. Hopefully that day will come as a result of this search.”

She added that the family hoped to bring her brother’s remains home, if recovered, to be buried with their parents at Monk’s Hill in Newry, Co. Down.

Fresh search to begin in France for Seamus Ruddy, one of the Disappeared https://t.co/dSQhlTfNVg pic.twitter.com/M3vOxog49C

Despite extensive and painstaking searches, the bodies of four out of 16 people listed by the commission set up to locate victims remains have never been found.

They include the remains of Robert Nairac, a British Army captain, abducted from a pub in south Armagh during an undercover operation and killed by the IRA.  He was posthumously awarded the George Cross, Britain’s second-highest bravery award.

Although a number of men were imprisoned for his killing the whereabouts of his body remains unknown.