"It is too common for deserted cars with notes on the windscreen to be discovered in the car parks." 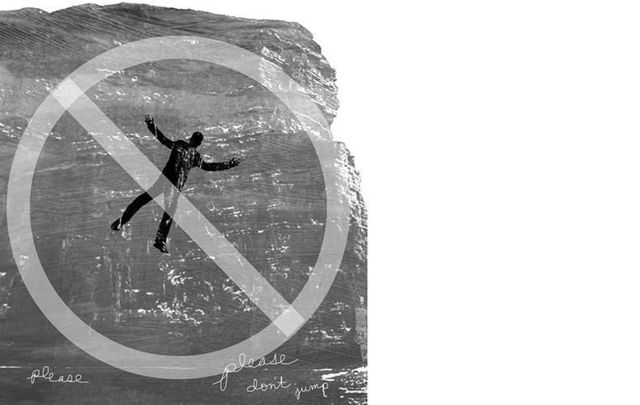 Sad reality of suicide at the Cliffs of Moher: "There are no clean plunges all the way to the surfing Atlantic far below." Caty Bartholomew

I have a whole raft of loosely connected issues that I wish to float before you all this mid-November evening but, most of all, despite having dealt with the matter already several times this year, I am driven to reluctantly return to the dreadful perennial suicide toll at the mighty Cliffs of Moher an hour’s drive away from where I am writing this tonight.

In the hope of saving a life or two, can I please powerfully reiterate sound advice relating to the high risks for some visitors coming to visit the towering cliffs on the West Clare coast which have become one of Ireland’s leading tourist attractions, especially in the last decade of tasteful development and promotion.

As I said before here, the Cliffs of Moher now attract many more than a million visitors annually, many of them from the United States.  They are majestically powerful to see.

They always rob me of speech when I visit at least once a year. They truly possess a terrible beauty which is awesome. That experience is an enriching one for 99 percent of those who come to view them.

Sadly and dreadfully though, for a tiny but growing number of visitors, the trip they make through Lahinch and Liscannor to the Cliffs of Moher is the penultimate mortal trip of their lives on this earth. The final journey is the horrifying steps they take over the cliff edge to their dreadful deaths. And they are dreadful deaths.

There are no clean plunges all the way to the surfing Atlantic far below. There are cruel rock overhangs on to which the jumpers crash long before their smashed bodies reach the sea.

Too often, practicing my trade, I have seen those broken bodies in the surf below. Sometimes it can take days before it is safe for the rescuers to extract them after storms abate.

A recent story in the local Clare Champion newspaper once again dealt with the suicide level at the Cliffs of Moher.  It would be higher, for sure, if it were not for the voluntary work of the local folk who are constantly on duty.

They persuade a significant number of those who come to jump to come back from the edge and talk to them.  They save their lives on an almost weekly basis. Despite this magnificent work, it still happens far too often that the jumpers succeed.

Recent inquests revealed that the victims come from all over Europe and the wider world. It is too common for deserted cars with notes on the windscreen to be discovered in the car parks.

Other victims, male and female, arrive by coach or taxi at the Cliffs and behave normally and sociably with their companions on the trip right up until the time they disappear.  There are no warning signs at all.

It is against this background, on the brink of the Christmas holiday season which attracts floods of visitors to Moher, that I again repeat my advice to all of you intending to make a visit to a stupendously attractive location. If there is anyone in your group or party who, for whatever private reason, might be adversely affected by what is truly a terrible beauty, then do not allow them anywhere near the Cliffs of Moher.

There are numerous equally scenic attractions along the Clare coast, and inland in towns like nearby Lisdoonvarna, Miltown Malbay of all the lively music, and Ballyvaughan on Black Head, for example, which provide a much safer cocktail for all the senses.

Sorry for repeating myself on this subject but I hope ye can see where I am coming from. If even one life is saved by this then the exercise is well worthwhile.

Now to the brighter side of life in the west and indeed through the island.  Firstly the Christmas mood has arrived earlier than ever before in my memory despite the fact that November used to be a gloomy month.

There is already a flush of European visitors enjoying the craic and music that is developing about everywhere. Intriguingly, after centuries of neglect, our national instrument, the harp, is staging a comeback into the world of both folk and chamber music. There was a national Harp Day last week during which there were performances and concerts in scores of towns and villages.  We also learned that not alone are there over 1,000 accomplished harpists now playing the noble instrument but, increasingly, their emergence has created a revival for Irish harp makers.

Until very recently the majority of the harps one heard were actually crafted in China. Not any more, apparently.  The local craftsmen are putting superior instruments on the market.

It does not end there. The government party had a conference in Ballyconnell up in Cavan last week. Taoiseach Leo Varadkar was praised on all sides for strongly stating that his government would not accept a return of a so-called “hard” border under any circumstances as the Brexit negotiations impose more and more pressures on a fragile British government.

In addition it was announced there is again, quite unbelievably maybe, the possibility of full employment nationally inside the next two years or thereabouts. Here’s hoping that comes to pass.

And, finally, because sport is so important to all our spirits, it was exciting that Ireland’s soccer side crafted a hard-earned draw against much higher rated Denmark in Copenhagen. Few expected that to happen.

The return game is in Dublin and, should the Irish win that one, they are on course for a place in the upcoming World Cup in Russia next year – hopefully Debbie will be able to keep the Irish Voice late to press so you’ll know the outcome on Wednesday. Millions of fingers are crossed.

As a spur to the soccer players, as they were grafting that draw in Copenhagen, the national rugby side absolutely hammered the visiting Springboks from South Africa for a huge victory in their code.

A lot of pints have been downed since those results.  And a lot of harps singing too.