Rory McIlroy admitted he cannot bring himself to play golf in Saudi Arabia next month despite a reported offer of $2.5 million in appearance money from the oil-rich state. 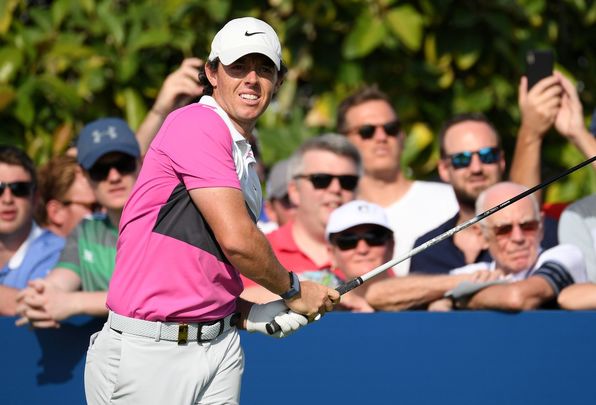 Rory McIlroy admitted he cannot bring himself to play golf in Saudi Arabia next month despite a reported offer of $2.5 million in appearance money from the oil-rich state.

Tiger Woods has also turned down an invitation to the controversial European Tour event and McIlroy was quick to follow suit as he opted to play in the U.S. instead.

McIlroy has ruled out playing at the Saudi International, saying he has no interest in contesting the tournament that has offered lavish appearance fees to attract many of the world’s top players.

“It’s just not something that would excite me,” McIlroy told the Golf Channel on Monday. “One hundred percent, there’s a morality to it as well...

“You could say that about so many countries, not just Saudi Arabia, but a lot of countries that we play in that there’s a reason not to go, but for me, I just don’t want to go.”

However, McIlroy did admit that he had watched on television as Anthony Joshua retained his world heavyweight title against Andy Ruiz Jr. in Saudi Arabia on Saturday night.

“I had no problem watching that and cheering on AJ,” admitted McIlroy who will play on the West Coast of America next month.

“I think the atmosphere looks better at the events on the West Coast and I’d much rather play in front of big golf fans and play in a tournament that really excites me.”

Read more: What did the Irish google in 2019? From Brexit to pansexuals