A political watchdog, alarmed by spiraling debt and mismanagement at soccer’s Football Association of Ireland has intervened in the crisis. 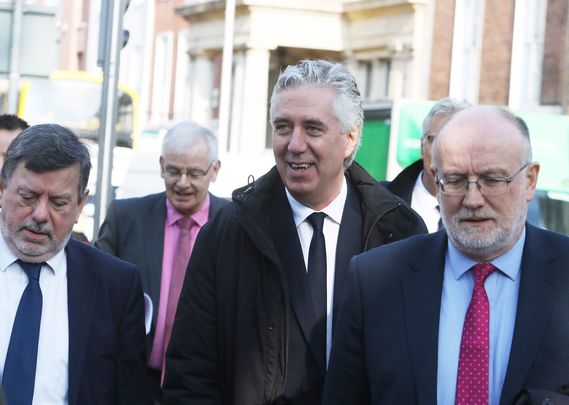 A political watchdog, alarmed by spiraling debt and mismanagement at soccer’s Football Association of Ireland (FAI) prior to the controversial resignation of its CEO John Delaney, has intervened in the crisis.

Fergus O’Dowd, chairman of the Oireachtas, or parliamentary Committee on Transport, Tourism and Sport, has called an emergency meeting for Wednesday of this week.

He has invited to the meeting Minister for Sport Shane Ross, the FAI and Sports Ireland, a statutory body that oversees and partly funds the development of sport in Ireland.

O’Dowd said of the FAI’s current difficulties, “It’s a huge crisis. It’s the biggest scandal in Irish sport ever.”

But the FAI has declined to attend. A statement said they are unable to attend due to current refinancing, but they are prepared to appear on a date when the appropriate representatives are available.

The emergency meeting follows a startling publication of FAI accounts on Friday showing debts of €55 million – and a prediction on Monday by former FAI President Brendan Menton that the organization’s liabilities could be “close to €80 million.”

The alarming debts, which economist Menton described as a “drastic” situation, follow a claim by Delaney in July 2018 that the FAI could be debt-free by 2020.

Ross has already said the FAI is on life-support. Now, there are fears among its 200 staff of job cuts as the association tries to regain financial balance.

None would receive a tiny fraction of the parting deal the FAI’s accounts show was given to 52-year-old Delaney in September following his 15 years as the FAI’s dominant figure.

The accounts showed that Delaney received a €462,000 exit package and would have been paid almost €3 million during his final three years as an employee, far more than previously thought.

Delaney was pushed into resignation after a series of events before and after The Sunday Times in March reported a mystery loan payment by him to the FAI of €100,000 which neither side satisfactorily explained.

Two days after that report Sport Ireland, which annually funded around €2.7 million to the FAI, requested urgent clarification about the loan and its repayment, and noted it had not been informed of the association’s precarious financial position as it should have been.

During a colorful career Delaney was cheered by fans when he bought drinks for them in a bar on a train heading across Europe; persuaded corrupt former FIFA chief Sepp Blatter to contribute €5 million to FAI funds when a referee’s wrong decision prevented Ireland traveling to World Cup final stages in South Africa; and was the singer of a song about an IRA hunger striker in a late-night session with fans and some international players, despite the FAI denying it was him in a video that emerged.

As deep financial crisis is revealed within the FAI, one solution being examined by Ross prior to the emergency meeting is to assist grassroots clubs by diverting government funding to them directly, rather than being dispersed by the FAI.

Meanwhile, a major sponsor has said it will not be renewing its contract with the FAI next year, and a second company has called for a meeting with the FAI to discuss its sponsorship because it views corporate governorship at the sporting body as “a matter of serious concern.”