County Down golfer who has hung out with Donald Trump in the past has praised Gaga for her Super Bowl halftime gig. 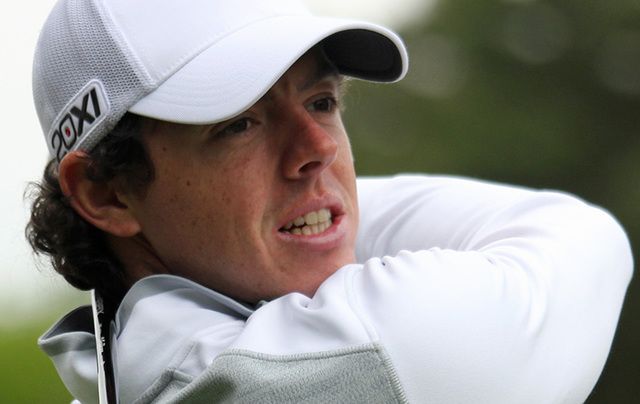 County Down golfer Rory McIlroy who has hung out with Donald Trump in the past has praised Gaga for her Super Bowl halftime gig. Wikicommons

Rory McIlroy has hung with President Trump in the past and stayed away from making any political statements or endorsements during the 2016 election. During an extensive email exchange with Golf.com last week, he praised Lady Gaga for doing the same during her Super Bowl halftime gig when many were expecting her to pop off against the new prez.

“I thought Gaga did a really good job. Sometimes you forget how many great songs these artists have produced over the years! I also think she did the right thing in not getting overly political,” McIlroy said.

“It would have been easy for her to express her views because of this massive platform she had, but I think there is a time and a place for that and halftime at the Super Bowl isn’t that time.”

McIlroy has been nursing fractured ribs and isn’t expected back on the course until next month. Golf.com asked who his Super Bowl halftime entertainer would be if he had the chance to produce the show, but wedding planning is hard enough, he said.

“I’ve had a tough enough time trying to book entertainment for my wedding, so I can only imagine how hard the choice would be for the Super Bowl. I’m a huge fan of Coldplay, so they would have to be right up there. Bringing Michael Jackson back would be my number one choice, but not even Roger Goodell has that much power!” McIlroy said of the NFL commissioner.

Mac and his American fiancée Erica Stoll are expected to say their I dos later this year. And the Co. Down native continues to sing his future wife’s praises.

“She has made me realize the person I want to be away from the golf course, which in turn I feel has made me better on it. The only way I can describe it is if golf were to disappear tomorrow, I don’t think I’d miss it as much as I would have a few years ago. I felt I needed golf to be complete as a person, as it’s been a part of my life since I was born. I don’t feel like that anymore,” he said.