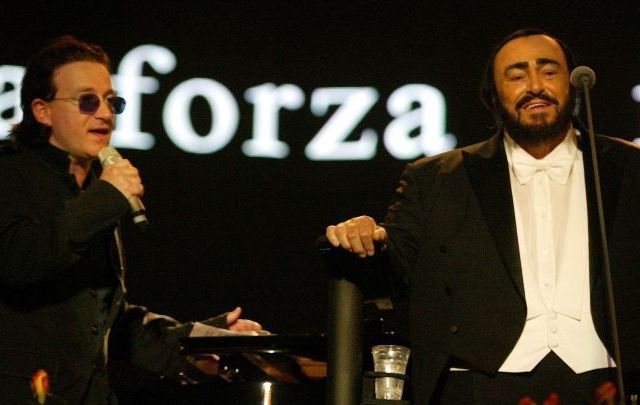 Oscar-winning director Ron Howard has turned his lens towards the late opera superstar Luciano Pavarotti, helming a documentary that opened in America last month and Ireland in July.

Howard – a hugely successful filmmaker who might still be more famous for playing Richie Cunningham in "Happy Days" – got Bono to open up for the film, which hasn’t exactly set the box office on fire, grossing just $3.5 million in America since its release.

“It was a fantastic interview,” Howard told The Irish Times last week.  “I hope we can find a way to publish the whole thing. What it said about Bono himself as an artist was vital. We learn about what he can continue to do with his career. It was a great gift for Luciano and his family.”

The film, according to the Times, delves a bit into Bono’s collaboration with the great opera legend on U2’s single “Miss Sarajevo.”  Pavarotti “rang Bono’s house and got the housekeeper, who turned out to be Italian. They struck up a strategic relationship, and he kept pressing her to make sure the recording with Bono happened,” the Times reported.

Read More: U2’s Bono shares his love of books on the Today show

Howard was happy about Bono’s recollection for his film.

“That was fantastic!” Howard said. “And the footage they provided was excellent. Bono said Luciano was an emotional arm wrestler. ‘He’d break your f**king arm.’ That was great.”