Roma Downey, Van Morrison and The Edge among stars raising funds for Malibu after fires 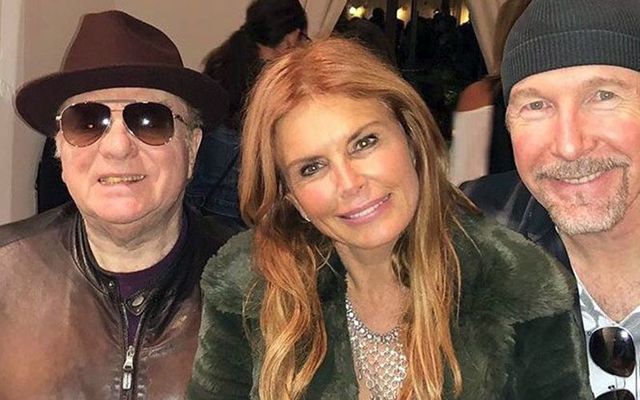 Van Morrison, Roma Downey and The Edge at a fundraiser for the victims of the Malibu fires.

The California wildfires have brought unimaginable devastation to the rich and not so rich.  A number of celebrities saw their homes burned to the ground, and a group of them got together last weekend to raise some much-needed cash for those less fortunate.

Scottish actor Gerard Butler lost his Malibu property and hosted a fundraiser in his Hollywood home on Saturday that attracted a number of well-heeled stars who helped raise some $2 million for the Malibu Foundation. Among that lending support were Roma Downey, whose ‘Bu home narrowly escaped damage, Van Morrison and The Edge, who’s got some free time on his hands now that U2’s tour has wrapped. (He also owns acres of prime property in Malibu).

The oceanfront home Downey shares with her husband Mark Burnett escaped the fire unscathed. It took four hours for them to escape Malibu. “But we are safe thank God and our dogs are safe.  Our street is on fire. So I hope our home survives,” she posted on November 9.

Pierce Brosnan’s Malibu base suffered some damage, and on Monday he joined with Coldplay frontman Chris Martin to plea for assistance from the LA County Board of Supervisors – not for themselves, but for their neighbors.

“The lives of many families and neighbors have been turned to ash,” said Brosnan. “Madam Chair, members, we call on you this day -- we beseech you to do everything in your power to save our community.”