Saoirse Ronan’s performance in the title role in 'Mary Queen of Scots' has earned rave reviews for the Irish actress, who is now being tipped as a favorite to win the Best Actress Oscar. 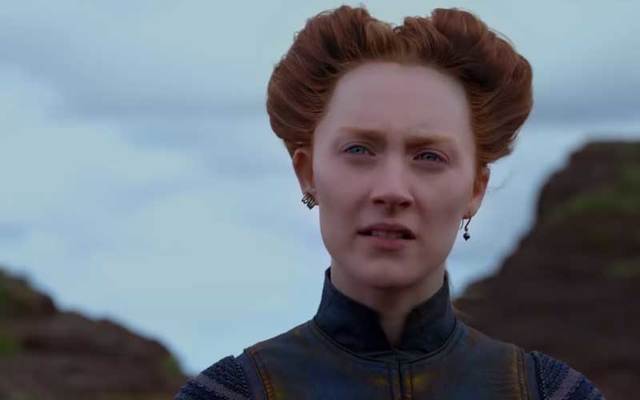 Saoirse Ronan’s performance in the title role in Mary Queen of Scots has earned rave reviews for the Irish actress, who is now being tipped as a favorite to win the Best Actress Oscar.

The 24-year-old has already been nominated for an Academy Award three times in her career, most recently last year for her performance in Greta Gerwig’s Lady Bird.

According to film press, her performance in Mary Queen of Scots, which has been described as “savagely strong” and “show-stopping,” has made her a strong contender for the next Best Actress Oscar.

The film, which is the directorial debut of Josie Rourke, premiered at the AFT Fest in Los Angeles on Thursday. The historical biopic centers on the the tumultous relationship between Mary and her cousin Elizabeth I, played by Margot Robbie

The Sunday Times writes of Ronan’s performance: “Ronan is an actress who is sometimes too precise, too machine-tooled (see On Chesil Beach), but here she dominates the screen from the start, eyes ablaze with fervour, face luminescent with self-belief.”

The Telegraph praised the actress for the “thrilling regality and nuance” of her performance, while The Guardian says the film’s “most thrilling pleasure is a show-stopping lead performance” from Ronan.

“After her sparky Oscar-nominated turn as a Greta Gerwig conduit in Lady Bird, she’s note-perfect as Mary: vulnerable, terrifying, strong, sexy and effortlessly dominant when taking charge of the men who are trying to outsmart her. It is an astonishingly confident and committed turn and, in a just year, she’d be showered with more awards attention,” states the Guardian.

Australian actress Robbie has also been praised in the press for her “utterly fearless turn” as Elizabeth I.

If Ronan is nominated, she will most likely be competing with yet another queen, Olivia Colman, whose role as the “mad” Queen Anne in the The Favourite has also been tipped for a nomination. Other contenders may include Lady Gaga in A Star is Born, Melissa McCarthy in Can You Ever Forgive Me?, Viola Davis in Widows, and Glenn Close in The Wife.

Mary Queen of Scots is scheduled to be released in the US on December 7 and in the UK and Ireland on January 18.