Pfizer and Allergan deal is not all good news for Ireland

A lot of Americans are going to think that this country is pulling a fast one but it's not that simple. 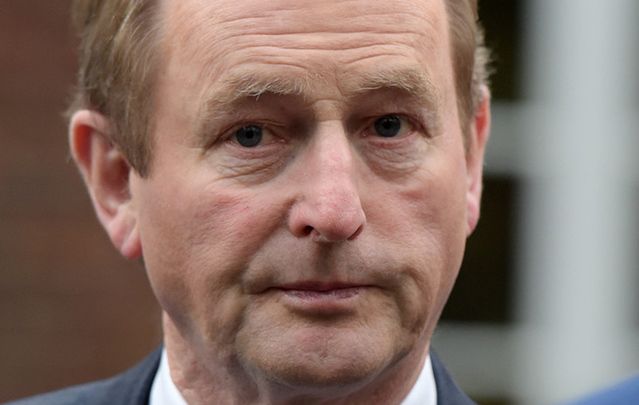 The outraged reactions of President Obama, Hillary Clinton, Donald Trump and the American media in general to the Pfizer tax shift to Ireland probably means that a lot of Americans are going to think that this country is pulling a fast one. We're again using our low tax rates to lure away American companies from paying their fair share of taxes in the U.S., they will say. But it's not that simple.

You will have read all about the deal announced last week, I'm sure. Pfizer, founded in America and now the world's largest pharmaceutical company, is being taken over by another pharmaceutical giant, Allergan, which is tax registered in Ireland. That means in future Pfizer will be paying Ireland's 12.5 percent corporate tax rate on profits it brings back here rather than the U.S.'s 35 percent rate on profits it repatriates there.

This is what is known as tax inversion -- a move in which a big company in a high tax country arranges to be taken over by another, often smaller, company in a low tax country so that it cuts the tax it pays. In this case Pfizer is being taken over by the smaller Allergan based in Ireland and therefore will become legally resident here, even though it will still effectively be a global American company.

In the last few years more than 20 big U.S. companies have done tax inversions -- to Ireland and other lower tax countries -- and Americans are understandably angry about it.

At least in this case it does not involve just a brass plate company here. Pfizer is best known for its Viagra anti-impotence drug, and Allergan is best known for producing Botox, both made in Ireland where the two companies employ around 5,000 people. Both companies are also active in many other countries and produce many other drugs.

Having the two merged and tax registered in Ireland will create not just the world's biggest pharmaceutical giant but also Ireland's most valuable company with a market value of over $300 billion.

So, tough on the Americans, happy days here, and we're laughing all the way to the bank, right?

Well, not exactly. Pfizer will get a credit here for the tax it pays in other countries, and not many of those have rates that are lower than Ireland. So there won't be a huge gain for Ireland on that, if any.

Estimates have varied widely from a $1 billion or more down to a couple of hundred million. Most economists here think the lower figure is far more likely, and some are even saying that the Pfizer move will be revenue neutral for us.

What is also clear is that Pfizer's move is not something they were talked into doing by the Irish authorities or the IDA, our Industrial Development Authority which attracts foreign companies to set up here. The big boys in Pfizer and Allergan don't need anyone holding their hands to do this.

They are simply making use of the corporate tax differential between countries like Ireland and the U.S. In fact the misguided reputational damage done to Ireland by this very high profile deal may make it more trouble for us than it's worth.

The solution to the problem from an American tax revenue point of view lies in the U.S., not in Ireland. Corporate tax in the U.S. at 35 percent is the highest in the developed world, and by the time you add state and other taxes to that it can be a 40 percent hit on company profits. It's no wonder American companies are looking overseas.

Some rebalancing between corporate and individual taxation is required to sort this out, but the U.S. Congress seems incapable of taking action, just as it seems unable to work out a way of getting all the American global companies which have built up billions in profits offshore to bring those profits home and invest them in jobs in the U.S.

There is another reason why the Pfizer deal may be a mixed blessing for Ireland. Pfizer’s retained profits will count as an income inflow in the Balance of Payments in Ireland and will be added to our GNP, the figure which determines the size of our annual contribution to the EU. So that could cost us. There are swings and roundabouts at play here.

A related general point raised here is that the huge figures involved in this kind of deal play hell with the statistics for our economy and can result in a very misleading picture of how we are doing. In fact the whole question of how tax revenue from foreign companies should be treated here has become an issue in the last few weeks.

This is because the government miraculously found an extra €2 billion in October to allow them to ease up on austerity and even do a little spending in advance of the upcoming election. It now turns out that at least half of this extra revenue which seemed to be magicked up out of nowhere is based on extra tax revenue we will get from foreign companies here this year who are doing better than forecasted.

Our ability to maintain that extra spending in subsequent years will depend on how these foreign companies do, whether they stay here, how the global economy is performing, and other factors. This kind of revenue is far from certain going forward and, as we know to our cost, once it becomes part of state spending it is very difficult to tell people that it cannot continue.

That's one reason why we got into so much trouble here before, over property. And that is why the Fiscal Advisory Council here, the government’s own independent advisor on the economy, said two weeks ago that the government was wrong to be spending this €2 billion and should have used it instead to reduce borrowing.

Mind you, no one really is surprised since responsibility and rules go out the window when it's election time. As you will remember, the election has to be held before next April -- February or early March are the most likely times.

The big question is whether Fine Gael can make it back as the biggest party again with enough seats to lead the next government. Just a year ago that seemed unlikely, but the approaching election is concentrating minds and people are now seriously considering the options.

The most recent opinion poll here bears this out. Taoiseach Enda Kenny’s party is now at 31 percent and has gained six points in the last four months, clearly on an upward trajectory which is likely to continue as voting day gets nearer in the spring. This is because people are now accepting that a modest recovery is underway and that Fine Gael has steadied the ship after the worst economic crisis ever to hit the country.

It's not that Fine Gael or Kenny have done anything brilliant: in fact they merely followed the late Brian Lenihan's austerity plan and obeyed the diktats of the Troika. But at least they didn't mess up, we are now back on track and they are getting the credit for that.

The turnaround, when you think about it, has been dramatic. Five years ago the economy had crashed, our banks were in crisis, the state was going under and the Troika had to come in with an €85 billion bailout to run the country. Two years ago we exited the bailout and today Ireland is the fastest growing economy in Europe, with growth of 6.3 percent forecast for this year.

Unfortunately the Labor Party, Fine Gael's partner in the coalition government, are still stuck at seven percent in the latest poll. They appear to be soaking up all the blame for the hard times ordinary people have been through in the past five years, and it's hard to see them recovering no matter how much they talk about being "responsible."

That begs the question of who will be in government with Fine Gael next time round. Because of the fragmentation of voting here with so many small groupings and independents, the old rule that a party needed 41 percent to get an overall majority is no longer true.

Fine Gael came within seven seats of a majority in 2011 with 36 percent of the vote. They could well be back to 36 percent by the time the election is held early next year. That would mean, if Labor does just a little better than expected, the present government could be back, with the support of a few independents.

The alternative is that Fine Gael may slip again and that would raise the intriguing possibility of a Fianna Fail-Fine Gael coalition to make up the numbers needed for a government, at last ending the Civil War division in Irish politics. If it does happen, it won't be before its time and many people here would welcome it.