Will the third time be a charm for Caitriona Balfe, who scored Golden Globe nomination number three for her starring role in the super-popular Starz drama Outlander? 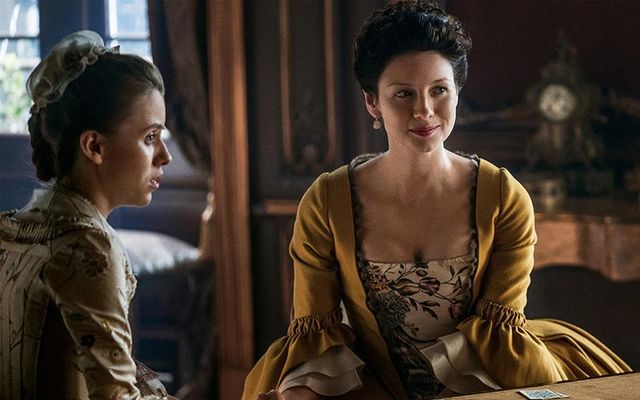 Will the third time be a charm for Caitriona Balfe, who scored Golden Globe nomination number three for her starring role in the super-popular Starz drama 'Outlander'?

Dubliner Balfe, 38, has built quite an amazing Hollywood career for herself thanks to the show which straddles time between World War II and Scotland, circa 1743. 'Outlander' wrapped its third season on Sunday and set records for viewership, an average of 1.51 million viewers turning in this season, up nearly 40 percent from season two.  The on-screen chemistry between Caitriona and her Scottish co-star Sam Heughan is palpable…but it doesn’t extend off set, as the BFFs both have significant others.

Caitriona and Sam gave an interview to Entertainment Weekly just before the finale, which apparently contained a whole bunch of underwater scenes. The episode was shot in South Africa, and the former Irish model (and fluent Gaelic speaker) said shooting the finale was “fun. Things like that are always really exciting, and to sort of learn something new … It was quite cool until Sam rammed my face into a big chunk of wood.”

The producers made sure their stars were comfortable. “We had a nice heated paddling pool at the side. So when we would get out between setups and stuff, we were in a paddling pool and they furnished it with some rubber ducks and beers,” Caitriona said.

She was the only 'Outlander' star nominated for a Golden Globe, surprisingly. And her co-star was the first to congratulate her on Twitter.