A fluent Irish speaker from County Monaghan the star of smash hit Starz series featured in W ahead of Fashion Week. 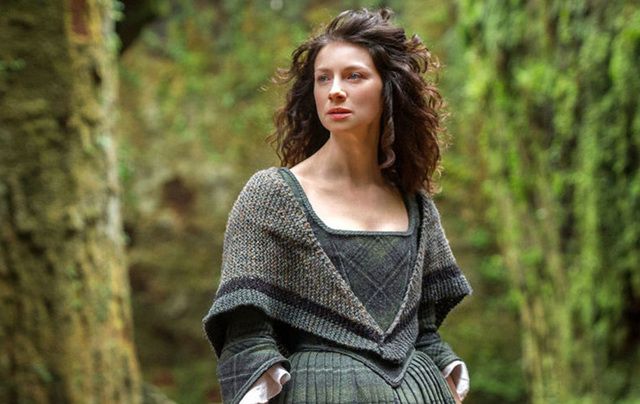 The Starz series Outlander is one of cable TV’s big hits – it wasn’t nominated for a host of Emmys because it missed the eligibility dates – and Irish actress Caitriona Balfe is its big star.

Balfe, 37, was all over New York last week promoting the show’s new third season, which scored record ratings for Starz when it premiered on September 10 – 1.5 million live viewers, and more than two million when including its two taped airings.

The former model from Dublin – she grew up in Co. Monaghan and is a fluent Gaelic speaker – was the subject of a glowing feature in W magazine, which trailed her as she prepared for one of the New York Fashion Week shows (she also guested on Stephen Colbert’s show, and Live With Kelly and Ryan.)

In Outlander, Balfe plays a nurse in the British Army who time travels between 1743 and 1946, falling in love with a hunky Scottish warrior played by Sam Heughan – a rumored real-life love interest – along the way.

Outlander is well-known for its sex scenes apparently – not enough of them in the second season, W lamented – and Balfe will soon return to Scotland to start filming season four.

And perhaps one day soon, she’ll be acting in her own creation. Balfe told W that she’s working on her own screenplay which she hopes to have done by Christmas.

The plot? It’s “a small, intimate story set in Ireland,” and that’s all she would divulge.

Here's an interview with Sam Heughan and Caitriona Balfe on the challenges of season three of Outlander: