Is One Direction’s Niall Horan the “future of golf”?

Niall Horan’s millions of fans around the world know him as the sole Irish member of the temporarily defunct boyband One Direction, and a super successful solo artist 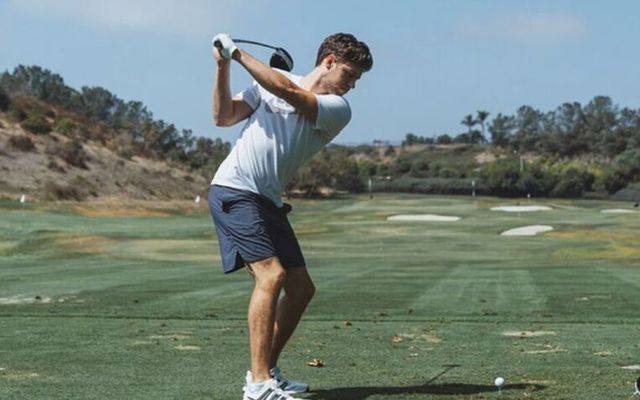 Niall Horan’s millions of fans around the world know him as the sole Irish member of the temporarily defunct boyband One Direction, and a super successful solo artist

But Niall Horan’s more, much more, according to an online golf site – the 25-year-old from Co. Westmeath is “the future of golf.”

No doubt Niall is a known golf addict, attending PGA tournaments whenever he can, playing whenever he can – his handicap is single digit – and hanging out with pros such as Justin Rose and Rory McIlroy.  But Today’s Golfer (todaysgolfer.co.uk) says Niall “has made himself one of the most influential people in golf.”

The singer who boasts more than 60 million social media followers gave a lengthy interview to the site, and though he makes his living as a singer, it’s pretty apparent that golf is his first love.

In 2016 Niall started a company called Modest! Golf, designed to represent up and coming pros and to promote golf to the next generation.  It’s been quite successful and is poised for bigger and better things.

“Three years ago, we were player-less and the first player we ever signed has just won his second European Tour event (Guido Migliozzi), which is crazy when you think about. It was quiet there for a while, with people having their first years on tours and getting their rankings, and now it's really starting to kick on. Guido, Connor Syme, Jack Singh Brar and Leona Maguire have all won recently,” Niall told Today’s Golfer.

“Having the love for golf that I do was the reason I wanted to set up the company in the first place, and here we are three years later with some of the most influential people in golf. It's been a good first few years and, hopefully, after this tournament in August we can kick on again and really try and get this game moving."

The tournament Niall spoke of is a European Challenge Tour event that starts on August 12 at the Massereene Golf Club in Co. Antrim that Modest! Golf is hosting.  Niall, of course, will be on hand for all of it.

"I've always been in love with golf and only in the last five or six years have I thought that I could maybe do something to help, and now watching it turn out like this is really mad. The company has been flying, the guys have been doing really good work and we've just taken on a new member of staff,” he says.

“You want people around you who actually want to change the game and I'll take that description as 'one of the most influential people in golf ' because I'm in it for the right reasons. I want to see this game succeed.”

Niall feels his influence is ushering some new people into the game who otherwise wouldn’t have been bothered.

"It's happening quite a lot actually. More than I thought. I'll be doing meet and greets with people on the street and one or two people will come up to me and say they started playing because I play golf. It's exactly why I wanted to start Modest! Golf,” he offers.

Read more: Who are Pierce Brosnan’s sons? From models to filmmakers, the Brosnans are talented