Olivia Newton-John will be in Ireland next week for an exhibit previewing some of her famous items set to be auctioned for charity. 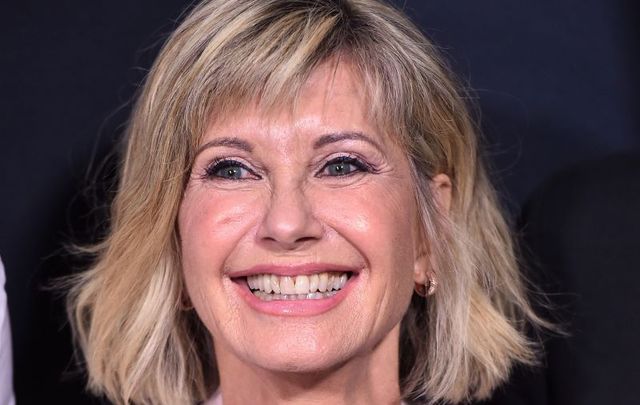 Olivia Newton-John will be in Ireland next week Getty Images

Olivia Newton-John is heading to Ireland ahead of a 'Grease' charity auction.

Olivia Newton-John is auctioning off some of her Sandy wardrobe which will be on full view in Ireland next week, including the skintight leather jacket and trousers she squeezed into at the end of 'Grease' for the memorable “You’re the One That I Want” finale.

Newton-John, 70 years young and a three-time survivor of cancer, will enjoy a four-day trip to Ireland in the next week that will culminate with the July 22 launch of “The Property of Olivia Newton-John” auction at the Museum of Style Icons at Newbridge Silverware in Co. Kildare. Many a famous auction has been showcased at the museum before hitting the international block, and Olivia will be on hand for the unveiling of her famed mementos.

“Newbridge Silverware and the Museum of Style Icons, in partnership with Julien’s Auctions, is honored to present this pre-auction exhibition celebrating one of pop music’s greatest talents and treasured icons, Olivia Newton-John,” said a statement from Newbridge.

“Newbridge will be the first stop on this exhibition tour, giving Irish fans the first glimpse of some of Olivia’s most iconic film costumes and memorabilia.”

Less then a week to go until Olivia Newton John arrives in Newbridge to personally unveil her collection. The exhibition will be open to the public in the afternoon on the 22nd of July.

In addition to her 'Grease' duds and memorabilia related to the film, Olivia will auction items from her other films including Xanadu, the outfit she wore for her video for her saucy single “Physical,” and many other pieces.  The auction will take place in November at Julien’s in Los Angeles, and a portion of the proceeds will benefit the Olivia Newton-John Cancer Wellness & Research Centre.

Olivia fans who happen to be spending part of the summer in Ireland can make their way to Newbridge Silverware, open seven days a week, to view her offerings for the first time.  Admission is free, and the exhibit will run at the Museum of Style Icons till August 18.

“I’m really excited about it. It’s a very famous museum,” ONJ told the New York Post about her trip to Newbridge.