Once again, we saw what a great, vibrant Irish community we have in the New York Metropolitan area and the ties that bind us. 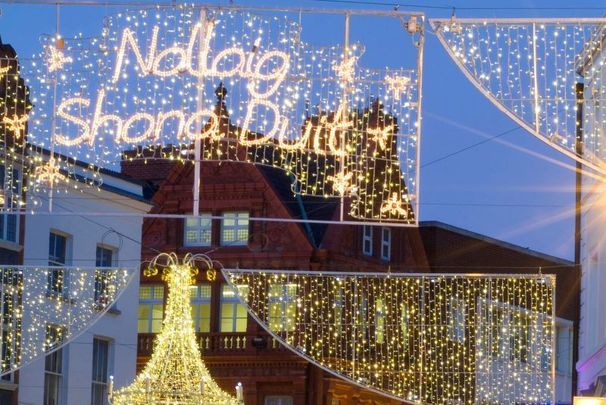 GIVEN the times we are still enduring in the pandemic and the chaos we are witnessing as the current Covid spread has made longer journeys by air a nightmare for those wishing to be with those near and dear, I was glad to limit my opportunities to get out and about close this home this Christmas.

It provided a great opportunity to witness once again what a great, vibrant Irish community we have in the New York Metropolitan area and the ties that bind us.Once again, I must salute Joanie Madden and her Cherish the Ladies ensemble who are known for making merry at Christmastide.

In the days of yore (pre-2020) that meant extensive month-long tours across the U.S. playing their blend of Christmas music and traditional fare that produced four seasonal albums (and a compilation Celtic Christmas mix available via Bandcamp).

Touring is still problematic with feasible gigs the order of the day, and their lot this year was only 12 shows but still some fantastic turnouts. Providential planning allowed for the last three concerts to be local affairs.

On Friday night, December 17 Cherish the Ladies entertained nearly 500 people at Sacred Heart University in a concert jointly hosted by the Irish studies program, the Gaelic American Club, and the P.V. O’Donnell Branch of Comhaltas.

That concert was dedicated to the memory of Gregg Burnett, a local Fairfield resident who was instrumental in bringing SHU into the orbit of traditional music that he so devotedly orchestrated in the Connecticut area which was fittingly acknowledged during the concert.

Madden and Cherish were always popular draws in this part of Connecticut, and an enjoyable night was had by the large crowd who were vaccinated and masked as instructed.

On Saturday the 18th, Cherish the Ladies returned to the historic Tarrytown Music Hall, the bastion of all kinds of music in Westchester County overlooking the Tappan Zee Bridge and the Hudson River. The Bronx-born Madden spent her high school years in Yorktown Heights in Westchester County and draws fans from there and over the TZ Bridge from Rockland and Northern New Jersey too to what is always a very popular reunion gig for families and friends and a sellout at 700-plus.

On the afternoon of Sunday, the 19th at the high school auditorium of St. Barnabas in Woodlawn in the Bronx came the final show of the tour, and it defined the very nature of the hometown gig. The warm venue serves as an auditorium and overflow church for the very Irish parish, and every seat was filled with the crowd of 600-plus all adhering to the mandates of vaccinations and mask with great cooperation.

Madden spent her formative years during grammar school and lives only a mile away over the Yonkers border, so it is always a homecoming atmosphere which was also accentuated by the presence of the tour’s guest vocalist Cathie Ryan who lived in Woodlawn at the start of her career.

Ryan was among the earliest vocalists with Cherish, and with a long history with Madden eloquently acknowledged what we have touted all year, the recognition of Madden as a treasured National Heritage Fellow selected by the National Endowment for the Arts in 2021.  The crowd instantly rose to their feet to salute the local girl who did them proud.

Not sure you could conjure up a more genuine tribute proving you can go home again.