New York reversed all results from earlier completely dominated London to take the native-born title at the World GAA games at Croke Park by a score of 4-10 to 2-6. 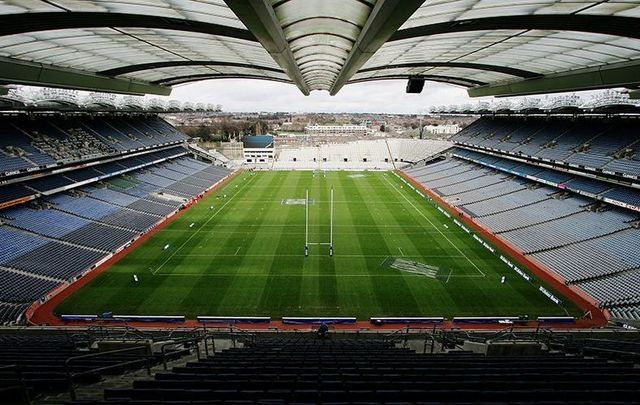 In a brilliant display, New York reversed all results from earlier in the week and completely dominated London to take the native-born title at the World GAA games at Croke Park by a score of 4-10 to 2-6

Having drawn and lost to their rivals in the group games, New York had a score to settle and they did it in the best way possible with an outstanding display of passionate hurling.

Both sides were by far the best in the tournament and they dominated the semifinals against Heartland and Mid- Atlantic from the U.S. to set up the meeting.

New York flew out of the blocks and had three of the first four points with Dylan Grace in flying form and Nick Corbett taking the frees. James Breen had a wonderful score from play when he joined the attack and London were shell shocked.

When Corbett had the first New York goal eight minutes in, the signs were ominous for their opponents. Goal numbers two and three arrived swiftly, with the third a gem from Gearóid Kennedy who was playing in the first of two finals on the day.

London did respond with 1-2 in the last five minutes but it was offset tremendously by a wonderfully worked goal from New York, a move that started at the back with Breen moving out of defense in possession. It ended with Breen taking a return pass and blasting to the net. The winners were now in a strong position holding a 4-6 to 1-5 halftime lead.

Again New York started the half with three of the first four scores to extend the advantage to 4-9 to 1-6 with minutes remaining.  Grace again was on target as he punctuated his man of the match display brilliantly. London did pull back a goal but Dave Lewis concluded the winners’ scoring with a good point from play and the title was New York-bound.

All of the roster did fantastically but special mention must be made to Breen, Grace and the midfield pairing of Corbett and Kennedy who were outstanding.