The wonderful Irish Repertory Theatre in New York will celebrate their 30th anniversary in style in June at their annual gala when Bill Clinton will be the honoree. 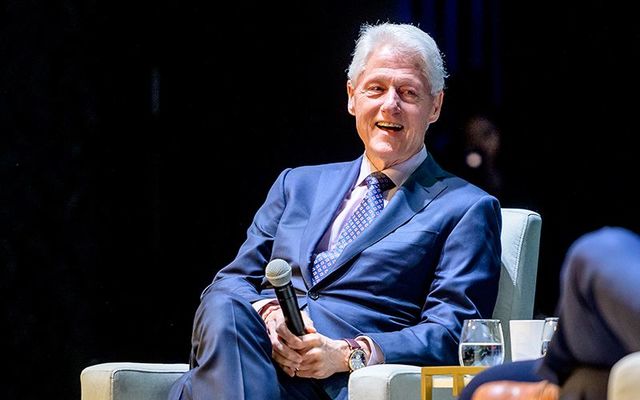 The Rep, founded by Ciaran O’Reilly and Charlotte Moore, will pay tribute to Clinton for his vital work on the Irish peace process. “We have long admired what President Clinton has done for both Ireland and the Irish American community here in the U.S. His peacebuilding efforts were instrumental in securing a lasting peace in Northern Ireland and we are honored that he will join us to commemorate our 30th anniversary season,” O’Reilly said in a statement.

Moore, the Rep’s artistic director, added that Judy Collins will also be on hand to pay tribute to 42.

“As one of the performers at his 1992 inauguration -- it’s no surprise she has been hailed as the ‘president’s troubadour' --President Clinton let it be known that Ms. Collins ranked high among his favorite singers. It is deeply meaningful to have Judy Collins in our celebration,” she said.

The gala night is set for Monday, June 17 at Alice Tully Hall in Lincoln Center, at 7 p.m. The Rep always hosts a musical and theatrical event for its gala, and more stars will be announced as the date draws closer.

There are various ticketing options if you’d like to pay tribute to the Rep and our former president. Show tickets only are $100 and are now on sale at www.irishrep.org.  A private cocktail hour and post-show dinner will also take place; tickets for those start at $500.