Attitudes have certainly shifted. As the European migrant crisis continues many EU leaders could well be tuning in to Britain's Boris Johnson's thoughts. 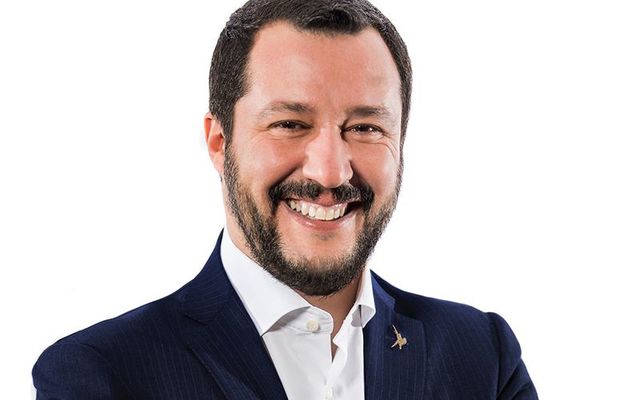 Attitudes have certainly shifted. As the European migrant crisis continues many EU leaders could well be tuning in to Britain's Boris Johnson's views.

It's good to get away sometimes to get a wider perspective on things, like Brexit for example.

We're told it's the biggest challenge to face Ireland since the financial crisis.  If it goes badly and Britain crashes out with no trade deal and a hard border is resurrected in Ireland it could be a catastrophe for us.

But we're also being told not to worry because the EU has our back.  Not counting the U.K., all the other 26 EU countries are "in solidarity" with us, we are told, and will refuse to give the British a trade deal unless the guarantee of no hard border in Ireland is honored.

So we've no reason to be worried, right?

With Brexit approaching the EU has our back right?

Well last week this column was on a family break in Italy and got a rather different view on things.  To be precise, we were in the holiday resort of Forte dei Marmi, a little town on the north west coast, about half an hour's drive from Pisa.  It's a favorite vacation area for better off Italians, the more sophisticated crowd who you might think would be embarrassed by the Looney Tunes populist parties who make up the new Italian government.

But it's not as simple as that.  Based on conversations with the people we met there, the two populist parties which now hold power (the left leaning Five Star Movement and the right wing Northern League) may be seen as a bit mad.

But they are also seen as a breath of fresh air who may actually do what Italian people want.  And the primary concern is doing something about the flow of migration from Africa.

The people we talked to are not concerned about Brexit which few Italians seem to care about and certainly not its implications for Ireland which nobody we met (apart from one individual) was interested in at all.

Last week all the focus was on the decision by the new Interior Minister Matteo Salvini to refuse permission for a rescue ship to land over 600 migrants who had been picked up in the Mediterranean at an Italian port.   It was the new minister's first active week in the job and he was clearly drawing a line in the sand.

As well as being deputy prime minister and interior minister, Salvini is the leader of the Northern League party which takes a hard line on migration, and his action was widely popular as far as we could see.  Italians we talked to -- and again, these were educated, middle-class people, not poor people from the south of Italy -- all shared the view that Italy had done enough and a stop had to be put to the migration situation.

So for several days last week the Aquarius, the rescue ship run by two charities, was wandering the Med with its cargo of 629 migrants in search of a port that would let it dock.  This caused outrage among other EU leaders who watched what was unfolding in frustration before Spain eventually let the ship dock in Valencia.

French President Emmanuel Macron was particularly vocal, calling Salvini irresponsible and cynical.  But if anyone was being cynical it was Macron, since France now has tight security along its border with Italy to stop migrants getting in.  Similarly his offer to take in migrants from the Aquarius "who qualify for asylum" meant little, since 95 percent of them, as usual, are likely to be economic migrants who won't qualify.

The facts speak for themselves.  In the last four years Italy, with its struggling economy and 11 percent unemployment, has taken in around half a million migrants from Africa (and the majority of them are young men coming from sub-Saharan Africa, not refugees from the war in Syria).  It's the easiest place to get to from Libya, now that the overland Balkan route from Turkey and Greece has been closed off by the barbed wire fences in Hungary, Austria, etc.

Despite repeated assurances from other EU nations that they will help Italy to cope with the influx by sharing out migrants among them, little has been done. The numbers resettled in other EU countries (apart from Germany) are no more than a token.

Instead some EU countries, including Ireland, have been sending naval ships to join the NGO/charity ships in the Med rescuing people from the overloaded inflatable boats, often just a few miles off the Libyan coast.  Now referred to as a ferry service for illegal migrants, most experts in the area say this has created a huge pull factor, attracting people from all over North and sub-Saharan Africa with enough money to pay the people smugglers.  Of course it's dangerous -- and drownings get a lot of guilt-laden media coverage in Europe -- but 98 percent of the migrants get to Europe, which is why they still take to the sea. 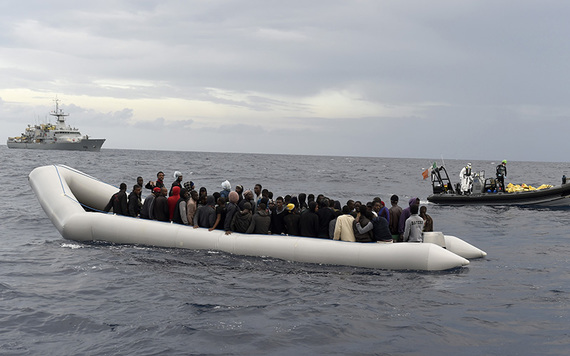 Migrants being rescued at sea.

Almost all these migrants have been transferred to Italy, where the nearest EU ports are.  This has been done with Italian consent up to now but that is coming to an end and Europe faces a new reality.  It will no longer be good enough to virtue signal with concerned speeches and leave Italy to carry the can.

Part of the problem is that assessing migrants' claims for asylum can take years -- something we know about in Ireland -- and the Italian system is swamped.  The reality is that all the economic migrants who don't qualify are never sent back (another factor that increases the flow) because they vanish.  Too many of them end up as cheap labor, sleeping rough, begging and worse -- and they become a problem in major cities across Europe.

As a result, attitudes in Europe towards migrants have changed quickly in the last few years.  And it's not just Italy.

Austria, Hungary, Poland, the Czech Republic and Greece are among other EU countries where strong populist anti-immigrant feelings have emerged.  EU policy on migrants is being opposed or ignored in these countries and borders are being strengthened.

Even in Germany, the interior minister in Angela Merkel's new coalition government is now demanding that immigration must be far more limited and controlled in future (his center-right CSU party is desperately trying to regain voters it lost to the far-right Fad party on the migrant issue).  And in Britain, of course, immigration has been a sore point for some time, the driving force behind Brexit.

All of this means that so-called populist parties are on the rise across Europe, parties which forcefully question liberal EU policies and put their own nationalist concerns first.  As the mainstream parties struggle to keep up with this changing public mood, they are being dragged in the same direction.  None of which is good for Ireland as Brexit comes at us.

If you have been following the Brexit news in recent weeks you will know that it gets worse by the day and the chances of Britain crashing out of the EU are increasing.  That would cause us major problems since Britain takes so much of our exports and could set us back decades.  It would inevitably lead to a hard border here, no matter what the Irish government is saying at the moment.

In a weakened Europe grappling with migration and nationalist agendas, how much support could we really count on?

Judging by what I heard in Italy last week, there is unlikely to be much interest in our problems and little sympathy for us.  And increasingly EU leaders will be reflecting what their voters want rather than a pie in the sky agenda from Brussels.

The only Italian I met last week who showed even a slight interest in the Irish border issue was perplexed at why we see it as such a big problem. In Europe there will be more borders in the future, not less, he said.

When I explained that there was s small number of dissident republicans who might use it to restart violence he was impatient.  Terrorists?  Put them in jail was his answer.

That may be a bit simplistic, but it would be a mistake to think that Italians, or Europeans in general, are going to have much patience with the complexities we see Brexit creating for us.  A lot of them are so fed up with the EU they may be more in tune with British Foreign Minister Boris Johnson's view that it would be absurd if the Irish tail was allowed to wag the Brexit dog, since Brexit will affect not just 10 times more people in the U.K. but a multiple of that in Europe.

Read more: If Trump is putting children in steel cages this week, what's coming next?