Look at books: Reflections on youth and war and a new writing star is born

The House of Memory: Reflections On Youth and War by John Freely & This Is the Ritual by Rob Doyle. 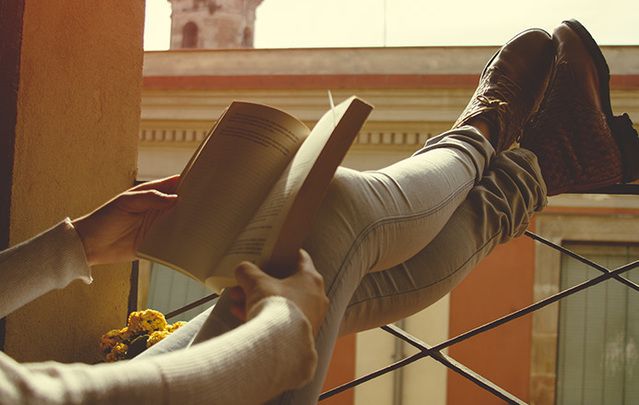 Chill out and pick up a good Irish book. The House of Memory: Reflections On Youth and War by John Freely & This Is the Ritual by Rob Doyle. iStock

The House of Memory: Reflections On Youth and War

The House of Memory: Reflections On Youth and War by John Freely.

It's still possible to be related, in living memory, to Irish people who never owned shoes until they came to America. So it is with the elegant memoirist John Freely, born in 1926, whose mother Peg and father John spent the early part of the 20th century growing up in a nation as lost to time now as the mythical Tir Na Nog (Land of the Young).

In The House of Memory: Reflections On Youth and War he recalls how as a girl his mother was walking home from school barefoot next to her more prosperous shoe clad friend when the local priest, Father Mulcahey, paused next to them in his passing horse and carriage.

Peg recalls how he offered a lift to her well-shod classmate but not to Peg, who had to walk home alone though three miles of freezing rain, filled with an anger that welled up every time she thought of him for the rest of her life. It contributed, no doubt, to her ardent and lifelong atheism.

Freely’s memoir is filled with these kinds of vivid incidents and characters, and now at the age of 90, he’s become a living embodiment of the American century, having made the kind of journeys that in many ways exemplify the Irish immigrant journeys of the last century.

Traveling to Ireland to winter out the worst years of the Depression as a child, the experience of trans-Atlantic travel set his young imagination ablaze and later in life filled him with the unquenchable desire to see the world.

At 17 he joined the U.S. Navy in 1944 and was sent into the theater of World War II, helping to bring supplies and ammunition to the U.S. Allied Forces before he had even turned 20.

After the war he married, graduated from Iona College, received a Ph.D. in nuclear physics from New York University and did post-doctoral work at All Soul’s College in Oxford. Then he taught for 50 happy years at Bophorous College in Istanbul, where a building is now named after him.

In this marvelous book, with its echoes of Angela’s Ashes and Brooklyn, Freely paint an unforgettable portrait of a richly lived Irish American life. What’s remarkable is how youthful his outlook has remained, and his humor and gratitude now seem to belong to a vanished gentility.

Freely reminds us that the immigrant’s tale is also the American one, a fact we’d do well to remember in our own times.

This Is the Ritual

This Is the Ritual by Rob Doyle.

Some literary stars are born in the first paragraph. So it proves with Rob Doyle, who follows his celebrated 2015 debut novel with this remarkably vivid collection of short stories.

Beginning with the acidly funny “John-Paul Finnegan, Paltry Realist,” Doyle sets his tale on a lumbering ferry called Ulysses as it makes its way slowly toward Dublin.

Finnegan’s name is your first clue, with its lively Irish marriage of philistinism and metaphorical overreach. Onboard the man with the neon moniker is insisting that no one in Ireland has ever read James Joyce’s masterpiece.

Everyone pretends to have read it, but no one actually has, he contends. Better to have no readers, better not to write at all, he says. The search for solace is pointless he concludes, everything is pointless. That we respond to these provocations with laughter is a measure of just how gifted and in control of his material this writer actually is.

Each story in this collection leaps to life with an importuning urgency, often just a few paces short of a kind of chattering hysteria. Doyle’s gaze illuminates everything it falls on with a lighthouse intensity. It’s a talent so self-evident that it’s painfully conscious of itself.

The people in these often shatteringly funny stories live on the margins -- lost, isolated, alienated, restless, always moving. They know little peace and no contentment. They’re among the most compelling portraits that you will read this year, or any.

Doyle variously grapples with and buckles under and lampoons and then marvelously eludes every net the suffocating Irish literary tradition can throw at him. It’s a work of near magic.