The case of Donegal native John Cunningham, recently arrested by Immigration and Customs Enforcement (ICE) in Boston, attracted a lot of attention here in Ireland last week, just as it did in the U.S. 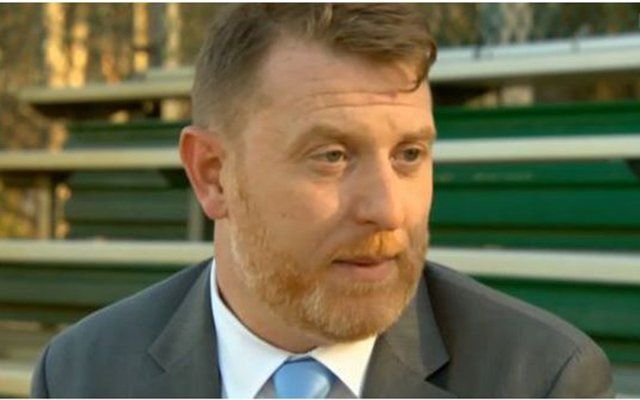 The case of Donegal native John Cunningham, recently arrested by Immigration and Customs Enforcement (ICE) in Boston, attracted a lot of attention here in Ireland last week, just as it did in the U.S.

Here at home, the worried families and friends of the so-called “undocumented” Irish in the U.S. voiced their concerns about what was happening and the widespread fear it was causing.

At first the case looked like a perfect illustration of the damage that could be done by President Trump’s tougher line on illegal immigration. It seemed to be clear confirmation that the undocumented Irish who are tax paying, law abiding and contributing to their communities could be under threat for the sole reason that they are in the U.S. illegally. Despite the claim by the Trump administration that they would not be targeted, even those with no criminal violations whatsoever now seemed to be at risk of deportation following the Cunningham arrest.

The implications were serious if someone like Cunningham, a former chairman of Boston GAA and prominent in his local community there, could be detained. One reason the case attracted so much interest in Ireland was that Cunningham had featured in the documentary about the illegal Irish in the U.S. which was shown on Irish television a few months ago. A lot of people here had watched that program, and there was a lot of discussion afterwards about the plight of our young illegals in the U.S. and the precarious, disconnected, stressed lives they were leading.

As well as the sympathy, there was also some comment at the time about the wisdom of appearing on camera and openly admitting to being illegal. It seemed to be almost challenging ICE, when the sensible thing to do would be to stay safely in the shadows. And when Cunningham was arrested two weeks ago it was assumed there had to be a link, and that this was proof that all the Irish who are in the U.S. illegally are under threat.

Whether that will be true in the longer term remains to be seen, but we now know that the Cunningham story is more complicated than initially reported. The 38-year-old electrician, who entered the U.S. on the 90-day visa waiver program nearly 20 years ago and then stayed on, had an outstanding arrest warrant against him.

Three years ago he cashed a check for $1,300 for domestic electrical work which he then allegedly failed to carry out. The Boston householder involved took a case against him, and when Cunningham failed to appear in court the warrant was issued. He was also sued this year in a small claims court in Boston by another customer who said she had paid him for work that was not completed.

This resulted in a $1,500 judgment against him which had not been paid at the time of his arrest. We don’t have Cunningham’s side of these cases, of course, but allowing either of them to get as far as court was hardly a sensible idea for someone in the country illegally. It’s one thing to inadvertently run a red light and get into trouble that way.

This seems to be very different, and sympathy for Cunningham quickly dissipated here last week as a result. Not that there was that much sympathy for him anyway beyond the families of those illegally in the U.S. who initially saw the Cunningham case as exposing the threat to all the “undocumented” Irish.

In fact one of the most interesting things in the reaction here to the case was just how little sympathy there was for Cunningham even before the complications in his story emerged. On radio phone-in shows and in reader comments on newspaper websites, the response to his arrest was almost entirely negative. He should not have been there illegally in the first place. If he wanted to stay he had long enough to sort out his status over the years. The use of the word “undocumented” is misleading when describing someone living illegally in the U.S. And so on.

The level of derision here about the “undocumented” label and the lack of sympathy for those who stay on illegally in the U.S. and try to make lives for themselves over there may seem shocking from a New York or Boston perspective.

As a nation with such a long history of emigration, one might have expected there to be more understanding and support here for the illegal Irish in the U.S. But that is not the case, and the reason why has a great deal to do with the very high level of immigration here over the past two decades which has fostered resentment and eaten away at tolerance.

Over 17 percent of the population of Ireland today was born somewhere else. The rate of immigration here since 2000 has far exceeded the rate into the U.S., the U.K. and other European countries in the period. To go from virtually zero to over 17 percent in such a short time is unprecedented, and the stresses it has produced are very real.

The fact that most of this immigration was legal makes little difference. There is a high level of dissatisfaction about it and even more about the level of illegal immigration here, often under the guise of asylum seeking, which we have failed to control. Of course no Irish government ever got around to asking people whether they wanted so much immigration. This wasn’t subterfuge. Mainly it was because the politicians did not realize it was going to happen.

In fact when the EU enlarged in 2004 to include the Eastern European countries, the Irish people were repeatedly told by the government that immigration from there would be below 40,000 and many would go home after a few years.

It has ended up being 10 times that amount, and most have put down roots and are never going back. This legal immigration from Eastern Europe accounts for most of the new arrivals living here, and a significant amount of the added pressure on schools, hospitals, housing and public services.

But there is also illegal immigration which mushroomed during the boom years. Much of this, as we said, happened under the guise of asylum seeking, although the evidence shows that the vast majority (over 90 percent) were economic migrants rather than refugees. The rule that refugees must seek asylum in the first EU country they land in was ignored. People arriving here from Africa, Asia, etc. (which don’t have direct flights to Ireland) frequently claimed to have no papers, making it difficult to tell where they were from and to verify their claims of persecution or danger.

This led to the lengthy legal system of assessment, appeals and court reviews funded by the taxpayer through the free legal aid scheme which drags out the process for years and has provided a very good income for the lawyers involved and the direct provision accommodation providers.

By the time decisions are made, those involved have put down roots or have children in school, and removing them becomes virtually impossible. It is this general failure by governments here over the past 20 years to control immigration which underlies the antipathy of many people here to illegal immigrants of any kind anywhere.

Attitudes here have also been hardened by the perception that having allowed the problem to develop governments here then failed to provide resources to deal with it, whether it is extra language teachers in schools, staff in hospitals, adequate social housing, and so on.

Instead people have been force-fed a politically correct diet of publicity about the benefits of the new multicultural Ireland. This may appeal to the virtue signalers in the better off parts of Dublin where few immigrants can afford to live. But it does not impress people living in the inner city and poorer suburbs of Dublin and other places around the country where many of the new arrivals do live, and where communities have been changed whether local people liked it or not.

That is where the lack of sympathy here for illegal immigrants in general comes from. And, unfortunately, that includes the illegal Irish in the U.S. Unless people here are directly connected through a son or daughter who is over there illegally, they are not concerned about the problem. Because of what has happened here many people have little patience with those who live illegally in another country. And however uncomfortable it is to acknowledge, the reaction here to the Cunningham case has shown that.

One final point: A possible, and increasingly likely, outcome of Brexit is that for the movement of people the Irish border effectively will move to the Irish Sea. The Free Travel Area between Britain and Ireland will be preserved for Irish citizens and everyone else will require a visa to get into the U.K. To make it work we will have to adopt a restrictive immigration policy in line with that planned in Britain after Brexit. And very few tears will be shed here if that happens.