Parents who have had cash stolen from their homes by an unknown family member are increasingly using polygraph probes to find out who the guilty party is. 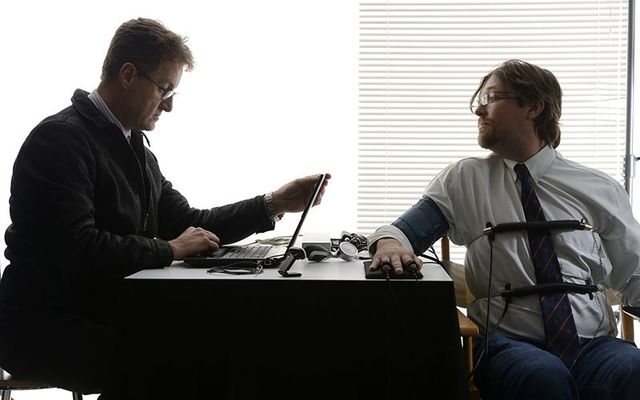 Is there anyone in your family you'd like to use a lie detector on? Getty

Parents who have had cash stolen from their homes by an unknown family member are increasingly using polygraph probes to find out who the guilty party is.

Sian Devine, who runs Dublin-based Lie Detector Ltd, said the number of bookings to her service for what she describes as "a hidden crime" peaks during the festive period, due to the added financial pressures of Christmas.

And she said the number of inquiries she's received in relation to missing sums of money taken by mystery family members has already risen by 50 percent since late November.

Read more: Irish pile on the pounds over Christmas holidays

She said, "We may be hearing that the economy is improving, but there's clearly a lot of people struggling at this time of year and resorting to stealing money from their parents.

"In most cases, it's older parents who get in touch with us, who suspect one or more of their adult children has taken a fairly substantial sum of money from their homes.

"It's very much a hidden crime, and it's one which the victims do not wish to report to the gardai.  They want to get to the bottom of it as soon as possible, without having to report a crime or see their sons or daughters get into trouble.

"Sometimes there might be two or three children, who are under suspicion and brought into us for the polygraph probe.  Once we find the culprit, he or she will often say it was the pressure of Christmas and that they had every intention of paying the money back.

"Sometimes the suspects don't even make it here, because they own up to their parents and then cancel their bookings."

"But certainly from our experience, it does seem very common, and it also shows that there are still many older people in Ireland who keep money in their homes."

Devine is also being kept busy with relationship issues over the Christmas period, particularly with bookings from women who suspect their partners have been sneaking off for festive frolics.

She said, "This time of year is always the busiest for relationships, and I think this is because people want to sort out their problems or suspicions before Christmas Day.

"Most of the clients tend to be women who want to deal with a historical indiscretion or a cheating issue involving their partner. But particularly at this time of year, they feel they have to know either way, so they can quickly make a decision on their future."

She added, "Nearly all the polygraph probes at this time of year are for relationships issues and thefts of money in the family home."