After all the excitement about the election of Leo Varadkar as our new taoiseach last week, it has to be said that his first week in office turned out to be a bit of a disappointment. 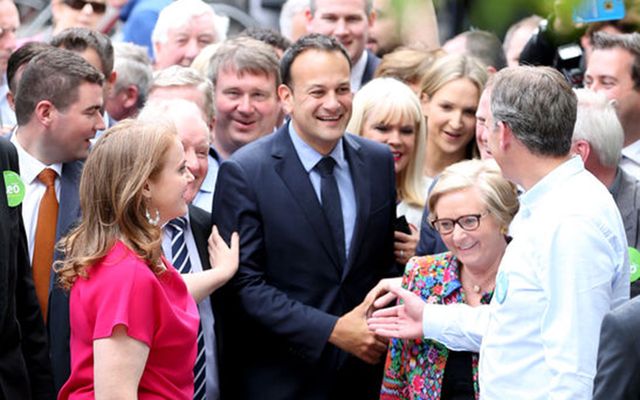 Leo Varadkar's first week as Taoiseach was a disappointment. RollingNews

After all the excitement about the election of Leo Varadkar as our new taoiseach last week, it has to be said that his first week in office turned out to be a bit of a disappointment.

The initial excitement was understandable given that his arrival in the top job seemed to embody a generational change both in the power structure here and in Irish society generally.

He’s only 38, gay and the son of an Indian immigrant, a combination which would have been unimaginable in a taoiseach just a few years ago. And it’s still something of an eyebrow raiser, despite all the self-congratulatory back slapping on his first day as taoiseach when everyone in the Dail gloried in how wonderfully modern and liberal we are these days.

His arrival certainly had raised the level of expectation in the country that we were on the cusp of a major change in how politics is done here. That expectation was heightened by his reputation for facing up to difficult social and economic issues and unapologetically telling it like it is when questioned by interviewers. His style up to now has been the antithesis of the cautious waffle we are used to from our political leaders. It seemed to promise a clean break, a fresh start and a new era of honesty and openness free from the constraints of the past.

But at least on the evidence of his first week, it has not turned out like that. In fact it looks very much like business as usual.

The first disappointment was his choice of cabinet. All the old guard of ministers are back, with only a couple of younger new faces at the cabinet table. A few of the old guard have been shifted to new departments, but basically it’s the same jaded team as before. It turns out that there is a simple reason for this. The key to his victory in the party election for leader was getting the backing of most of the parliamentary party because their weighted votes were always going to be the decisive factor, far more important than the votes of the ordinary party members and local politicians around the country. So in the last months of Enda Kenny’s time in office Varadkar bought each of them off by secretly promising he would keep them as ministers if he won. That’s why so many of them came out so quickly early in the campaign and declared they were supporting him.

In fact, so many declared for him in the first few days that it snuffed out the campaign of his rival Simon Coveney before it could get going, even though Coveney went on to win the majority of votes from the ordinary members. Of course one can see this as evidence of Varadkar’s ability as a political fixer and his willingness to be ruthless and single minded in getting where he wants to be.

But it smells like the old politics and the old way of doing things, and it’s not what many of his younger supporters who were expecting a fresh, vibrant new cabinet were expecting.

That said, some of his choices do make sense. Making Coveney minister for foreign affairs and giving him responsibility for co-ordinating our response to Brexit is one of them, given Coveney’s ability to grapple with highly complex issues. So is moving the old dog Charlie Flanagan into justice where he should have little difficulty in sorting out the nonsense in the gardai that defeated the hapless Frances Fitzgerald. And putting the revenue and spending sides of finance back together in a single department under Pascal Donohoe also makes sense at this stage in our recovery, when prudence and balance remain an absolute necessity.

It’s this last one that will need to be watched most carefully. Donohoe had been in charge of the spending side, so his new role as minister for finance encompasses what he was doing under Kenny since the last election. He performed well enough in that, although there is some concern about the public sector pay deal for the next few years which he has now concluded. The public sector unions had been arguing -- and even striking -- for immediate restoration of what they lost in the cutbacks following the crash.

There are several problems with this. Even with the cuts, they are still earning considerably more than their counterparts in the U.K. and elsewhere. The gap between them and workers in the private sector here, where there has been little “restoration,” has increased even further. And the guaranteed pensions state workers still enjoy have collapsed in the private sector. So they’re not doing too badly. Given all that, our minimal inflation level, and the fact that we are still borrowing for day to day spending, there is a strong argument that there should be no pay increases at all in the public sector for the next few years.

Instead, Donohoe has given in to them for the sake of peace. In doing so, he is no different than previous ministers who have always been fearful of public sector unions and the chaos they can unleash. Donohoe has said the new pay deal reached with public sector unions is “fair to workers and taxpayers.” But it’s unlikely that many taxpayers in the private sector will agree with him. The deal gives our 300,000 government employees pay restoration that will add up to a hike of around seven percent over the next three years, plus they keep their gold-plated pensions with minimal changes in how they contribute to them. It’s the kind of deal that private sector workers, who also don’t have the same job security, can only dream about. Over the three years the deal will cost almost €900 million, eating up at least one third of the forecasted extra revenue the government will have in the period to spend on everything else. This means that a huge chunk of state funds that should be available to pay for all the things the government should be doing in the next few years will go instead into extra pay for state workers.

That does not sit very well with Varadkar’s campaign pledge that he wanted to be a taoiseach for all those hard working people who “get up early in the morning” to work hard and pay their way -- many of whom in the private sector are still struggling to make ends meet as the economy recovers. Having portrayed himself during the campaign as someone who is politically on the center right, his acquiescence so far in this deal for the public sector, concluded just before he became taoiseach, is less than encouraging.

Even more concerning is the way he has handled the poison parcel left for him by Kenny, who in his last act as taoiseach got the cabinet to vote through the appointment of the former attorney general to a senior position as a judge without going through normal procedure. This was the kind of political payoff that Fianna Fail in the old days was famous for, although that has not stopped them complaining about political strokes!

But it’s the kind of thing that was supposed to have been consigned to the past by the arrival of Varadkar. Instead our new taoiseach has pushed it through and brazened it out, insisting that the appointment was legal. The whole business has left a very bad smell in the air.

After just a week in office, Varadkar’s shiny image is already tarnished, the hope of a new beginning is fading and the expectation of a clean break with the past is dying. People are wondering where the tell-it-like-it-is Leo has gone. To be fair to him, it’s early days yet and he has been dealt a very difficult hand. One option is to go for an early general election and try to strengthen his position. But he would need to be making much more of an impression if he is to risk that and avoid what just happened to British Prime Minister Theresa May.

A week is a long time in politics, as British Prime Minister Harold Wilson famously said back in the 1960s. And Leo’s first week certainly has been no exception.