Laughing through the dark times with some Irish American comedy

This seems a good time to remind folks that America is still kind of pretty cool...enter Neal Brennan. 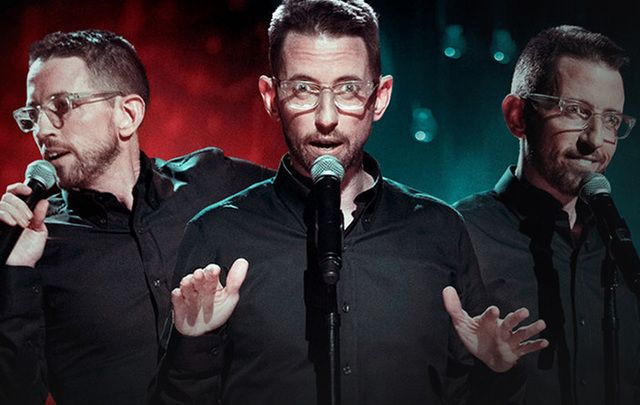 The one thing Americans seem to agree on these days is that we are on the brink of the Apocalypse.

If you supported Hillary Clinton, we heard many of you loud and clear over this past few weeks at marches and protests across the country.  Some were peaceful and civil, while others descended into rancor and rage. The underlying message, though, was this: President Donald Trump is bringing with him a new Dark Ages.

Meanwhile, if you voted for Trump, you apparently believe the Dark Ages have been upon us for some time.  Trump’s sci-fi vision of a morally and financially bankrupt nation connected with just enough voters to put him in the White House.

And he has not really softened things up.  His inaugural address referenced the “carnage” besieging this country.

America the Beautiful?  Apparently not.

And so, this seems a good time to remind folks that America is still kind of pretty cool.  It seems odd -- maybe even unpatriotic -- to spend so much time lingering on the ugly side of life.  Never could we use a jolt of optimism, even laughter, more.

Fittingly, Irish American comedian Neal Brennan just released a new stand-up comedy special on Netflix.  It’s good stuff, but then again, if you know Brennan’s work, this should not be surprising.

Brennan, in fact, is not just a funny guy.  He’s a reminder that, for all of the bad news, America was already kind of great.

Brennan, now 43, grew up in an Irish Catholic family, the youngest of 10 children.  It was not easy, Brennan once admitted in an interview with Buzzfeed.

“The thing about being one of 10 kids is that it’s crazy. I mean, there’s a reason why people stopped doing it. It’s literally too many people — the whole grab bag for attention, crabs in a barrel thing,” he said.

“Both of my parents later admitted, ‘Yeah, that was too many people.’ There were a lot of other things that made it chaotic. Irish. Catholic. Alcohol.”

Brennan may seem to be veering down Stereotype Lane here.  However, you can accuse him of many things, but being typical is not one of them.

That’s because Brennan’s claim to fame was the prominent role he played on the groundbreaking comedy program Chappelle’s Show.  Iconic comedian Dave Chappelle was the main attraction, of course.  But Brennan was a central player as one of the show’s top writers and co-creator.

Chappelle’s Show was known for its provocative and generally hilarious look at racial issues in America.  The great part here is that somehow Chappelle -- African American comedian from Washington, D.C. -- and Brennan -- Irish Catholic from outside Philly -- were not only able to meet up but actually become one of the great comic duos of all time.

Unlikely?  Of course!  But isn’t that what has always made America great?

There is a messiness to the melting pot, and, yes, sometimes we simply don’t all get along.  Perhaps even worse, so many of us retreat into our own little gated communities, whether it’s deep in the suburbs or in some overpriced, Starbucks-ified city.

But we should maintain enough faith in the American experiment to remember that every now and then something beautiful emerges when cultures clash.

It was a theme articulated eloquently by Barack Obama in his farewell address, delivered in Chicago.

“For native-born Americans, it means reminding ourselves that the stereotypes about immigrants today were said, almost word for word, about the Irish, and Italians, and Poles -- who it was said we're going to destroy the fundamental character of America. And as it turned out, America wasn't weakened by the presence of these newcomers; these newcomers embraced this nation's creed, and this nation was strengthened,” he said.

In the same Buzzfeed interview, Brennan said, “Chappelle used to do this joke about Irish people being the n****rs of Europe. I’m the one who told him that.”

And isn’t that ultimately the great thing about comedy?  Just when you think it’s all dumb stuff, something serious pops up.

Well, if seriously dark times are indeed upon us, it’s going to take an awful lot of laughter to get us through.