A man from Co. Roscommon is at the center of a major international probe into a €15 million coronavirus personal protective equipment scam. 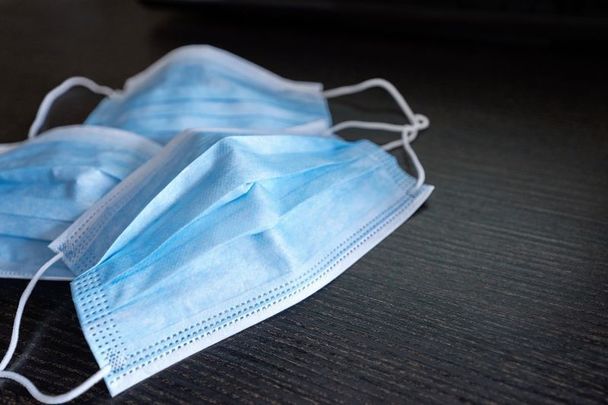 A Roscommon man at the center of a major international probe into a $16.37 million coronavirus personal protective equipment scam. Getty

A man from Co. Roscommon is at the center of a major international probe into a $16.37 million (€15m) coronavirus personal protective equipment (PPE) scam.

He is suspected of being a middleman in the operation and was questioned by gardai on Good Friday.

A garda statement on Tuesday said the probe was launched after German health authorities attempted to purchase 10 million face masks worth about $16.37 million (€15m) from a cloned website.  It was later discovered the site was run by scammers.

The Interpol inquiry, which involved garda assistance, was launched after a German company was duped into paying over $2.18 million (€2m) upfront through the cloned website for face masks for use in the COVID-19 crisis.

The Irish Independent reports that investigators have traced the money to accounts in four separate countries after the fraud was discovered late last month. Two other people have appeared before a Dutch court as part of the large-scale probe.

An Irish man has been questioned by gardaí as part of an international investigation into what is described as a sophisticated €15m Covid-19 scam | Read more: https://t.co/jZBMFEDDzf pic.twitter.com/EFostenaZT

The Irish national was interviewed in Roscommon on suspicion of money laundering after $1.63 million (€1.5m) was traced to an Irish bank account which has since been frozen.

Financial documents and electronic devices were also seized by members of the Garda National Economic Crime Bureau who were assisted by local gardai. The items are now being forensically examined.

The man was interviewed under 2010 and 2018 money laundering and terrorist financing laws which carry a maximum prison term of 14 years on conviction.  He has not yet been charged and investigations are ongoing.

The German company, with offices in Hamburg and Zurich, was contracted by Chancellor Angela Merkel’s government to purchase 10 million masks to deal with the coronavirus pandemic. A local authority in Germany forwarded $16.37 million (€15m) to the company which then attempted to acquire the PPE through a trusted Spanish company.

However, they were unable to fulfill the order due to the high demand for face masks in the ongoing pandemic.

The Irish citizen was reported to have been used to put the German company in touch with a Dutch supplier and an order was placed for 11 million masks.

The order was made through a scheme that cloned the website and email address of the legitimate Dutch company.

Investigators are reported as saying a down payment of $1.63 million (€1.5m) was made to the bank account of an Irish company based in Roscommon for the delivery of nearly eight million face masks, while €880,000 was also paid to the account of the fake Dutch company.

On March 27, members of the German and Irish companies met in Amsterdam for the handover of the masks shipment but it never materialized.

They then attended the offices of the Dutch company which informed them that no shipment was ever ordered or assigned to them.

The subsequent multi-national investigation traced the money to different bank accounts in the Netherlands, Nigeria, Germany, and Ireland.