Ireland have played against Mexico four times - drawing three and losing once - and two of those have been on U.S. soil, including the 1994 FIFA World Cup Group E game in Orlando. 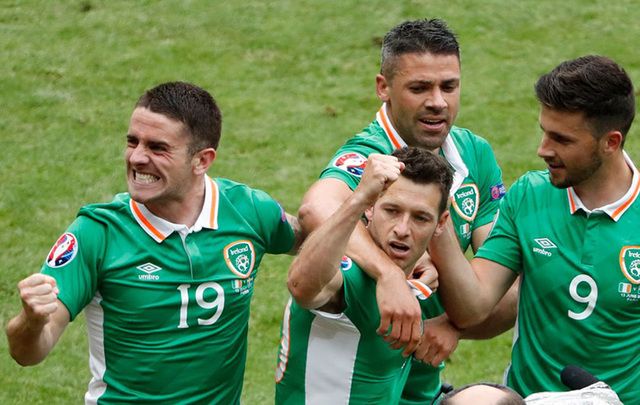 The Republic of Ireland soccer squad will travel to the U.S. this summer for an international friendly against Mexico in MetLife Stadium in New Jersey on Thursday, June 1.

The game will kick off what promises to be an exciting summer for Martin O'Neill's side as they will also host Uruguay in a “three” international friendly on June 4 before the 2018 World Cup qualifier round game against Austria on June 11, both at Aviva Stadium in Dublin.

"This is a brilliant match for us in our preparation for our World Cup qualifier against Austria," said O'Neill.

"Mexico in the United States couldn't be much tougher but it's exactly what we want. We have another game against Uruguay a few days later at the Aviva Stadium before the Austria game the following week.

"The players who may not have played for a while after their club season has ended will, I'm sure, relish the opportunity to play against such quality opposition."

Ireland have played against Mexico four times - drawing three and losing once - and two of those have been on U.S. soil, including the 1994 FIFA World Cup Group E game in Orlando.

Currently placed 17th in the FIFA world rankings, Mexico are managed by Juan Carlos Osorio and are preparing for their own World Cup qualifiers.

Ireland last played in MetLife Stadium in June 2014 when they took on Portugal, but the team has terrific history in New Jersey following Ray Houghton's famous goal against Italy at the 1994 FIFA World Cup.

The game is set for an 8 p.m. kickoff.  Tickets are now on sale at www.ticketmaster.com, and tickets will only be available for box office collection.