"We absolutely believe Ireland can secure the tournament for 2023. Our team will compete to the final whistle." 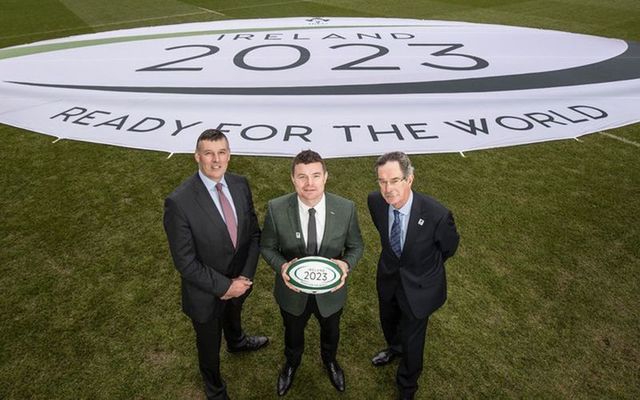 Ireland's bid to host the Rugby World Cup in 2023 received a likely fatal blow on Tuesday when word emerged that the World Rugby Board has thrown its support behind the bid of South Africa.

World Rugby chairman Bill Beaumont said, "The comprehensive and independently scrutinized evaluation reaffirmed that we have three exceptional bids but it also identified South Africa as a clear leader based on performance against the key criteria, which is supported by the board in the recommendation."

Ireland’s evaluation versus South Africa and France, the other bidder, did not stack up well. South Africa received a score of 78.9 percent; France 75.88 percent, and Ireland with 72.25 percent.

Beaumont added, "I would like to congratulate South Africa on a superb bid and all the bid teams for their dedication and professionalism throughout the process to date.

"Our colleagues on the World Rugby council will now meet on 15 November in London to consider the board's recommendation and vote to decide the host of Rugby World Cup 2023."

Though the news isn’t promising for Ireland, those backing the bid for the Irish to host the Rugby World Cup for the first time aren’t backing down.

Chairman of the effort Dick Spring said, "We absolutely believe Ireland can secure the tournament for 2023. Our team will compete to the final whistle as we bid to turn our historic bid plans into reality.

"We still have confidence that the council members, who vote on November 15, will place their trust in Ireland to deliver an outstanding 2023 Rugby World Cup. We're still in there and we're up for the fight."