Justice Minister Charlie Flanagan has said he was greatly disturbed by an attack on a mosque in Galway and by threats to the safety of the local Imam. 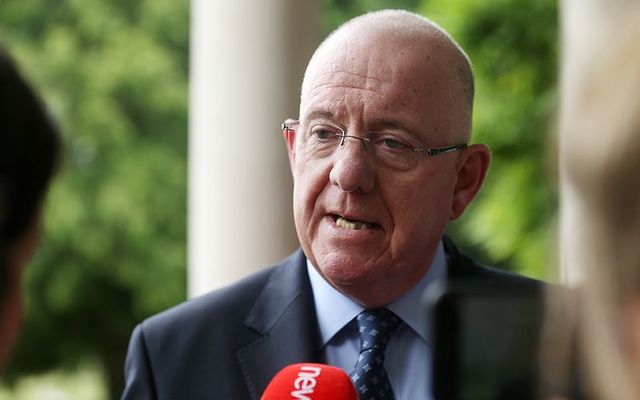 Hours after the mosque was vandalized in the early hours of Monday, Flanagan urged anyone with information to report it to the garda investigation.

He added, “I want to reassure worshippers that their freedom of religion will be protected.”

It’s the second attack in two years on the Ahmadiyya Muslim mosque in east Galway city.

Morning worshippers found broken windows and locks and damaged furniture caused by burglars sometime after Sunday night’s evening prayers. A number of stones used to break the windows were found in the main prayer space of the building.  CCTV footage was smashed in the raid.

The mosque’s imam, Ibrahim Noonan, told The Irish Times he received a warning of the attack by phone three months ago from an anonymous caller who claimed he was affiliated with a far-right group planning the attack.

Noonan said, “He told me he didn’t agree with immigration, with having Muslims and mosques in Ireland, but because he knew about my work fighting against extremists he wanted to warn me.

“He had told me they knew where I live so I went out my front door every morning looking to see if a car was watching me. Eventually, I calmed down but then low and behold, they fulfilled their promise.”

Acts of hate have no place - Ireland: Bishop of #Galway “dismayed and shocked at the willful and malicious assault” made on the #mosquehttps://t.co/ppvOTnMT5D

The imam, a native of Waterford, said he has frequently received threats over the past decade.

He added, “They call me a traitor to my country and tell me they’re watching me and will blow up my mosque. Letters have come telling me to get out of the country.”

He estimated that up to €8,000 damage was caused in the attack during which his Irish Tricolor and family photographs and books were thrown out the window.

He said, “The way I see it, the next level for these people is to physically hurt someone and that’s why people are very fearful. I’m even concerned for my own safety.”

“A considerable amount of criminal damage was caused to the premises. No arrests have been made and investigations are ongoing,” a statement from the gardai said.

Read more: Irish American pro-surfer gets bitten by shark, goes to bar instead of hospital