Thousands of Dubliners had free coffees on Tuesday from 20 independent shops and cafes in protest at American-owned Starbucks opening another outlet. 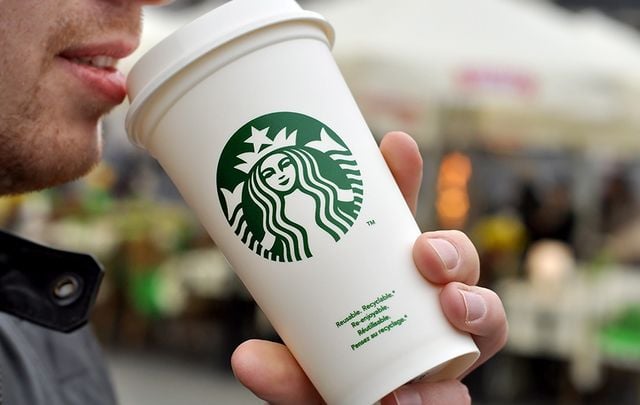 Independent cafes hand out free coffees in protest of another Starbucks opening in Ireland. iStock

Thousands of Dubliners had free coffees on Tuesday from 20 independent shops and cafes in protest at American-owned Starbucks opening another outlet in the city.

For an hour on their way into the office, an hour at lunchtime, and two hours on their way home, Dubliners sampled a variety of independent hot drinks for free.

There are 52 Starbucks outlets in Dublin, and another is expected to open soon in a former recruiters’ office on Crampton Quay in the trendy Temple Bar area.

Earlier in the summer, brothers Colum and Ciaran Butler, who run the Starbucks operation in Ireland, bought a tiny hexagon-shaped kiosk familiar to tourists on a street island in Ballsbridge.

They paid €330,000 for the 37 square foot area which is not much bigger than a couple of telephone kiosks. It was once a fire brigade store area and more recently a newsagent.

Independent coffee shop operators organized their free give-away in protest at the widening Starbucks chain in the city.

Ciaran Hogan, who runs The Clockwork Door on Wellington Quay, organized the free coffee initiative after receiving “confirmation” another Starbucks was arriving at neighboring Crampton Quay.

Read more: The power of an Irish name and the confusion it causes at Starbucks

“I don’t like when everything is just bland and there’s no flavor and there’s no difference. When you go to a Starbucks in Dublin, it’s the same as going to one in London or wherever else.”

Dublin City Council granted planning permission for change of use of the basement and ground floor at the premises at Crampton Quay from offices to a cafe.

But one councilor, Mannix Flynn, doesn’t like the change.   “Smaller coffee shops were at a disadvantage because of the kind of empire these outlets are,” he said.

“The independent coffee shops are basically being run out of business.  It’s not fair.”

A spokesman for Starbucks said it would be creating 15 positions in its Crampton Quay outlet to add to its more than 800 baristas in Ireland.

“We are proud to be part of Dublin’s vibrant coffee culture. Whilst we are not the biggest coffee brand in Dublin, it’s great to see many independents and brands raising the bar with innovation and coffee quality, giving Irish customers even more choice,” the spokesperson added.

Read more: The real story about Irish coffee and how it was invented