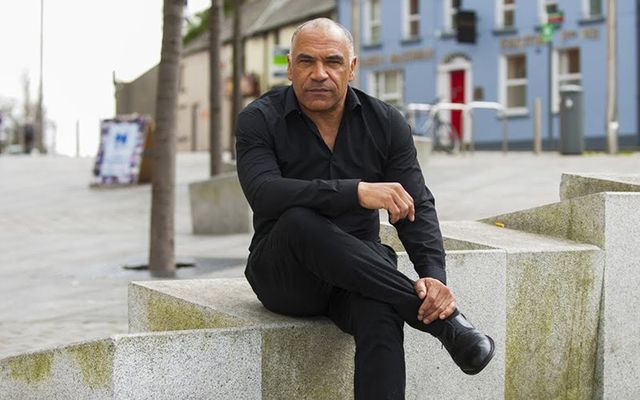 Ireland's presidential election set for November of this year suddenly got a lot more interesting with the addition of Kevin Sharkey, an artist, TV host and political activist of Nigerian and Irish parentage.

Sharkey’s key issue in the contest is immigration into Ireland, but not in the way you might expect it to be.

Despite being a child of an immigrant and black father Sharkey is calling for less immigration, not more, stating that Ireland must put Irish people first.

Of course, he is echoing Donald Trump and his mantra of America First, but Sharkey is also providing the first major challenge on the issue of who gets to immigrate to Ireland.

He enters the presidential race with almost no hope against the popular incumbent Michael D. Higgins, but a single issue campaign might bring out Irish opposition to immigration in a way the country has avoided until now.  Indeed, it has the ability to be an explosive issue.

EU citizens aside, there are 115,000 coming in to Ireland on an annual basis, many from countries where there is turmoil.  There are language, education and placement problems with the new arrivals.

They come at a time when Ireland is still repaying huge loans to Europe from the financial bailout and lack of housing, and access to medical care are just two huge issues the country is grappling with.

The total foreign-born population of Ireland is now 12 percent, approximately the same as America’s numbers.  For a country far better known for emigration, the immigrant influx is proving difficult to handle.

Sharkey is articulating what many Irish are thinking but fear to voice in case of being called racist.

His rhetoric is challenging. He told The Ray D’Arcy Show on RTE last weekend, "If we don't protect our future, if we don't protect what we have, what has made us Irish, we won't be Irish in 200 years (see full interview below).

"I'm not against immigration. Look at Australia.  They have a beautiful system there. If you are contributing, if you have a trade that we need and you can support yourself you are welcome.

"We should have an honest, open dialogue about it without being shut down and called racist.”

'Ireland is being repopulated and it doesn't seem to matter to the powers that be who is coming' - Kevin Sharkey calls for 'open dialogue' on immigration https://t.co/k6VJbwjysD pic.twitter.com/DTKr0rVe2H

There is no doubt that intelligent and reasonable analysis of who is coming to live in Ireland makes perfect sense. The need to make such arrivals pay their way and get jobs and a decent start as soon as possible is critical.  Anti-immigrant agita gets solved very easily if the person is a productive citizen and abides by the rules.

There is a belief of many in Ireland that the Irish themselves are being left behind.  Sharkey stated that if he ran for president, “I'd hope to bring an awareness to the fact that in Ireland we seem to have shifted away a little bit from looking after the Irish first.”

Ireland, he said, had "fallen into this politically correct speech and people are censoring themselves when they really should be able to have an honest dialogue."

He’s right about that. I have a feeling Sharkey may be touching a very raw nerve indeed.