Maxwell’s Central Park has taken over the former Ottamanelli location in East Harlem. 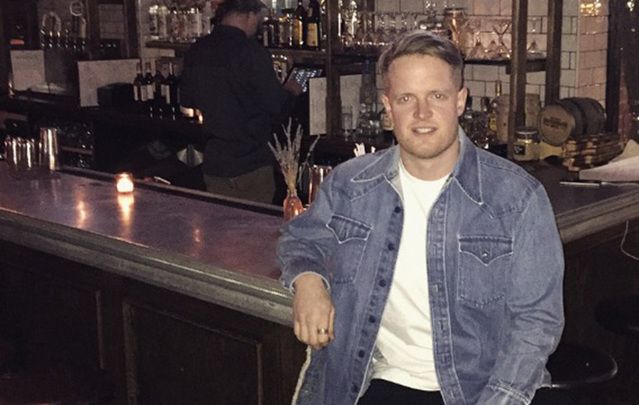 Harlem now has a taste of Tribeca, with some Irish sprinkled in for good measure. On Fifth Avenue between 111th and 112th Streets, Maxwell’s Central Park has taken over the former Ottamanelli location in East Harlem.

Described as “an American eatery that embodies the spirit of Old New York,” Maxwell’s is similar in menu and overall vibe to the downtown sister location with dishes like mac’n’cheese, burgers and wings. This is all comfortably recognizable to the gentrification generation but very much a new addition to this particular neighborhood.

Maxwell’s appears to have monopoly of the locale with no other bars or restaurants visible for a five block radius. As a result, the first two months have been packed out, much to the relief of owners John Hughes, Mike Casey (Tavern 29 and RedSky) and Alex Tortolani (Maxwell’s Tribeca).

This week we caught up with the youngest owner, John Hughes who hails from Mullingar in Co. Westmeath.

Like many of the twenty-something Irish living in New York, Hughes had spent a few summers in New York before taking the plunge and moving here in January 2014, and safe to say he has achieved quite a lot in just two short years.

While many fall into the stereotypical traps of swinging between bartending, interning and whatever “freelancing” actually is, Hughes has been planting his hospitality roots in the city and embarking on a risky yet – so far – successful entrepreneurial endeavor. Sure, there are tons of Irish bar and restaurant owners in New York – we’re everywhere, like a friendly disease – but how many are this young?

We asked Hughes about the highs and lows of working in the restaurant biz, being the first of many who will undoubtedly flock to this burgeoning neighborhood, and what made him take such a leap of faith and embark on this particular adventure.

Date you arrived in New York:

Where do you call home in New York?

My parents lived in Boston for 12 years, and then went back to Ireland to purchase and renovate a hotel in my hometown of Mullingar. I came on the scene a couple months after that. For the first few years we lived in the hotel, so as the saying goes, I was kind of “born into the business” and it’s something that surrounds my family to date.

Initially I came here with the plan of gaining more experience in the industry and bringing that knowledge back to Dublin and doing something there, but gradually I started to see more scope here and this project presented itself so I went for it. We were drawn to this part of East Harlem because it’s one of the last unsaturated bar-neigborhoods in Manhattan, and more importantly, we saw a demand in this heavily residential area for what we have to offer.

How does your current job compare to the first job you ever had?

At my first job I had in New York there was always the option to disappear for a couple of days or weeks, but there’s no hiding anymore.

What is the biggest challenge you have faced so far?

Without doubt, moving here. It took me a long time to actually get myself in a position where I could start to make things happen. The first six months are daunting, and everything that can possibly go wrong will. The hardening phase – once over – makes the city that much better.

What is the biggest risk you have taken?

A curry I had in Chinatown in the early hours of last Sunday morning.

What makes you most excited about going to work?

Satisfied customers, seeing visions materialize, and my team of staff.

What is the best advice you have gotten in New York?

Overheard while bartending in the Financial District, a middle aged man in suit: “I should have made more mistakes.”

Top tip for new Irish arrivals fresh off the boat?

Soak it all in, and try to experience something new every week.

What do you miss most about Ireland?

When you go home, what do you miss most about New York?

The pace is a big adjustment. It takes me a couple of days to reacclimatize.

Describe your borough in three words.

Have you lost your Irish accent yet?

“Only in New York.” I recently – with an audience – watched two cab drivers go toe-to-toe in the middle of Third Avenue. There was an elderly man to my left, no doubt born and raised in the city, and he blurted out, “Only in New York!” Most acts of craziness here seem to fall under this saying.