Dr. James Watson's views on ethnicity and genetics during new PBS documentary shows that genius does not always bring with it wisdom. 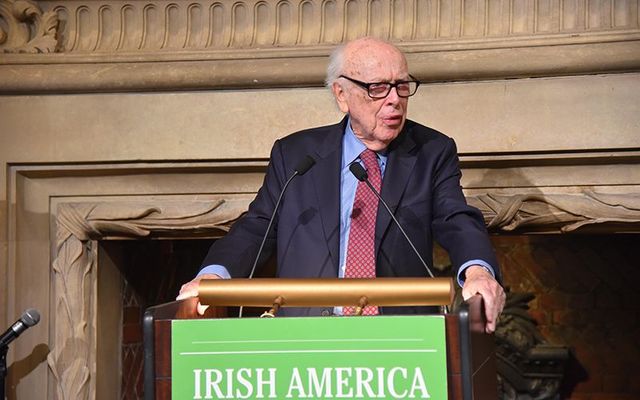 Dr. James Watson's views on race and genetics during new PBS documentary shows that genius does not always bring wisdom with it.

Of all the interviews I have ever done, the one a few years back with Dr. James Watson, who co-discovered the structure of DNA, was among the most fascinating.

His was arguably among the greatest scientific breakthroughs of all time and changed life in areas of health and crime forever. He richly deserved the Nobel Prize in 1962.

Now, however, he has become a pariah after making comments about the inferior IQ of Africans not because he uncovered irrefutable evidence, but frankly because he is racist.

The renowned Cold Spring Harbor Laboratory on Long Island which he created and which was the site of many of his subsequent discoveries has now disowned him.

“Cold Spring Harbor Laboratory (CSHL) unequivocally rejects the unsubstantiated and reckless personal opinions Dr. James D. Watson expressed on the subject of ethnicity and genetics during the PBS documentary "American Masters: Decoding Watson" that aired January 2, 2019,” Marilyn Simons, CSHL chair of the board of trustees, and Bruce Stillman, president, and CEO, said in a statement.

Watson had made several similar claims back in 2007 but apologized and kept his stature.

Now 90 and in ill health, it was likely not a good idea by his family to have him do interviews as his health faded. That does not excuse his sentiments, though.

What he said is inexcusable, especially at a time when racial tensions are high in America.

He may have achieved the greatest scientific discovery of the 20th century. But that achievement, as well as a Nobel Prize, gave him even more responsibility to choose his words very carefully.

His overt racism cannot obscure what he achieved, the single biggest scientific breakthrough ever.  What a shame because the man had done so much good by his discovery and continues to try to help cure disease. 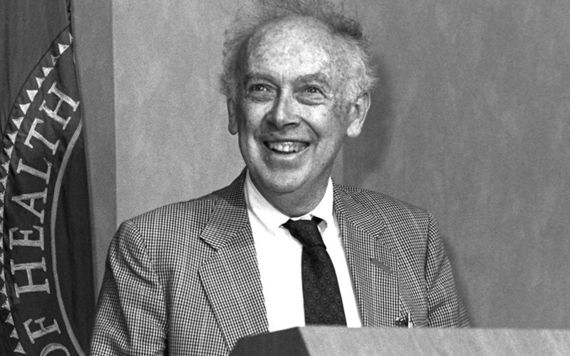 Next up for Watson was a cure for cancer, he told me, and he expected within 10 years (my interview was eight years ago) that several incurable cancers would be by now curable. He was right.

He loved tracing his Irish roots, he told me.  “I’m a quarter Irish through my grandmother Elizabeth Gleeson who was born in 1861. Her parents came here from Ireland, I believe it was Tipperary, around 1847 or ‘48 and went to Ohio for 10 years and farmed there and then moved to a farm six miles south of Michigan City, Indiana,” he said.

“I have accepted degrees from Trinity College and Limerick and Cork universities. I was there last September. I’m deeply proud of my Irish heritage.”

Amazingly when he and Francis Crick’s historic paper on DNA was presented, the major media ignored it.

“They didn’t cover it at all. "Time" magazine was going to run a story and photographs were taken, so we have photographs, otherwise, we wouldn’t have anything. But "Time" never ran the article.”

The first person from the outside who saw the information as a breakthrough was the great Russian-born physicist George Gamow, who wrote a letter about it in June 1953.

“I wrote the first work about why DNA was so important and I didn’t jump up and say, ‘We’ll get a Nobel Prize,’ but it was pretty obvious to us that it was a big breakthrough. But the majority of people in science weren’t interested,” Watson said.

Now, all that achievement is washed away at the twilight of his life by an ill-considered notion that should never be entertained. Genius does not bring wisdom it seems. There is no better example of that than Dr. James Watson.

Do you believe that public reaction to Watson's views is justified? Let us know in the comments section below.