Ireland to open 26 new embassies or consulates by 2025

The Irish government is implementing a new “all of government” program for 2019 which “aims to double Ireland’s impact in the world by 2025,” according to a press release from the Department of Foreign Affairs. 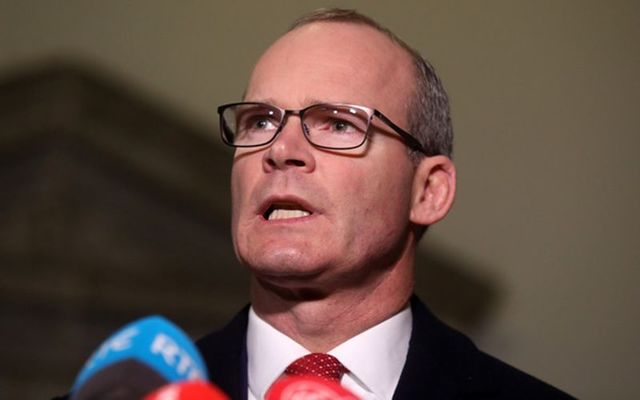 The Irish government is implementing a new “all of government” program for 2019 which “aims to double Ireland’s impact in the world by 2025,” according to a press release from the Department of Foreign Affairs.

Tánaiste and Foreign Affairs Minister Simon Coveney outlined specifics of the “Global Ireland” plans this week. The plan “sets Ireland's global footprint into three broad areas, namely, how we trade, the bilateral and multilateral partnerships we build, and our wider contribution to the world,” said the release.

Coveney stated, “While cognizant of the immense challenges our country faces with Brexit, it is critical that we plan for our future, and embrace the enormous opportunities for Ireland all over the world. Global Ireland is the most ambitious international program since the foundation of the state…huge work is already underway, and we will build new partnerships with countries where we do not have official representation, and deepen our existing partnerships, by opening new embassies and strengthening our current network.

“We will strengthen the way Ireland’s embassies, and our key economic, trade, and scientific agencies work together to deliver Global Ireland. We will aim to double our impact by 2025, while also taking our responsibilities as a global citizen very seriously, building our development aid program, promoting our unique Irish culture and our values, proactively connecting with our 70 million diaspora and continuing to be a world leader in UN peacekeeping.”

In 2019 the Government will publish and drive implementation of a series of key strategies connected with Global Ireland, including a new diaspora strategy and a North America and Canada strategy.

Ireland will open 26 new embassies or consulates as part of Global Ireland by 2025, including one in Los Angeles which will open towards the end of the year.

The most ambitious international programme since the foundation of the State - #GlobalIreland outlines a vision to double Ireland’s  global footprint by 2025 - building new partnerships, deepening existing ones, opening new Embassies and strengthening the current network. https://t.co/UZ3WWvzBQt

The press release added, “A central theme of Global Ireland is the need for all component parts of the state, which have an international role to work collaboratively as Team Ireland around the world.

"A major enabler of this will be the implementation of the new Ireland House concept, which will promote a strong, coherent, and consistent presentation of Ireland on the international stage. 2019 will see the commencement of the first Ireland House project, in Tokyo, with an international architecture competition being launched in January.

"Ireland House model will then be rolled out to key locations in the diplomatic network.

“In order to double our impact, it is essential that we build upon Ireland’s reputation and significantly raise our visibility, especially in new and emerging markets in Asia where the traditional Irish diaspora footprint is not as deep. In 2019, a new joined up, cross-government, international communications strategy to position Ireland as a great place to live, work, visit, invest, study, and do business will be developed.

An American comment on our #GlobalIreland project. Thank you @BrettBruen for recognizing its significance. https://t.co/8VhMvi4Gqe

“At the heart of this drive to enhance Ireland’s visibility and reputation will be a strong focus on digital communications and a new Ireland.ie, Ireland House in the cloud, will be rolled out for St. Patrick’s Day 2019.

“In addition, Ireland will have a specific focus on major international events, and an example of this will be the Irish presence at Expo 2020, for which planning has already commenced.

“Culture is central to Ireland’s reputation, and a new post of cultural director will be created in 2019 to coordinate the international cultural program across the embassy network.”