Are three glasses of beer too much for a driver? What will zero tolerance do to rural communities and the much loved Irish pubs? 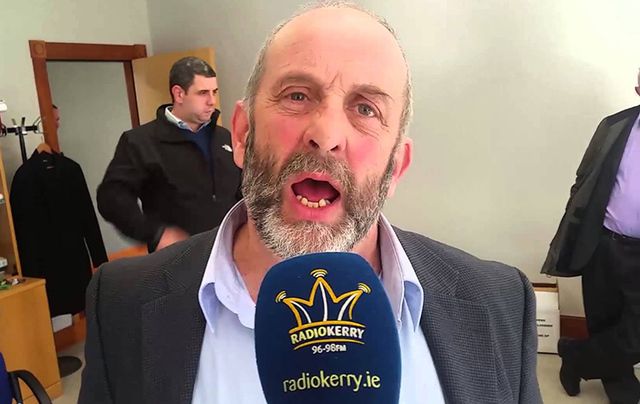 Are three glasses of beer too much for a driver?

You have to doff your peaked cap to the Healy-Rae brothers, Michael and Danny, the independent TDs from Kerry who always call it as they see it and have no fear of political correctness. Like their TD father before them, the late Jackie Healy-Rae (who famously squeezed €100 million for Kerry out of Bertie Ahern a decade ago for supporting the government of the day), they are formidable operators who know their voters.

Danny Healy-Rae demonstrated this again over the past few weeks, mounting a one-man campaign against the minister for transport's adjustment to the law on drunk driving which will mean a mandatory three-month disqualification for anyone caught over the limit. As you can imagine, this is not a big deal for pub goers in cities and towns where buses and taxis are easy to get. But it has caused upset in rural Ireland, where there is often no way of getting to the local pub except by driving.

The lowering of the drunk driving limit in recent years (coupled with the smoking ban) has already wiped out half of the rural pubs in the country, making life in rural areas more isolated and lonely than ever. Terrified of being caught over the limit, many country people have stopped going to pubs altogether. It's a particular problem for older folk, many of whom have no other social outlet.

Under a Bill proposed by Minister for Transport Shane Ross, drivers who are caught drink driving will be automatically disqualified #NPRedFM pic.twitter.com/aQDlq2OM83

The proposed change will make the situation even worse, even if it might not seem that drastic. The present limit of 50mg of alcohol per 100ml of blood is not changing. But the minister’s new law will mean that drivers caught with between 50mg and 80mg in future will automatically lose their license for three months, instead of the current €200 fine and three penalty points. This is a critical change.

It might not mean that much to an urban dweller to lose their license. But to someone in the country it could mean total isolation for three months -- no way of getting to the supermarket, bringing kids to school, going to church on Sunday, etc.

Danny Healy-Rae knows this and understands how concerned his voters in rural Kerry are since it’s so easy to stray over the limit. If someone is caught, the three-month ban will be mandatory no matter how little they are over the limit.

The minister, Shane Ross, is the opposite of a Kerryman, a sophisticated Dubliner who was once a stockbroker and who sounds like a member of the House of Lords rather than an Irish politician. “Lord Ross,” as he is popularly known, was a college contemporary of your columnist back in the day, when he was as keen as the rest of us on a pint. But he has been off the jar for the past 20 years and now shows all the zeal of the convert.

Shane Ross says there can be no exceptional circumstances for anyone caught drink driving: https://t.co/Sn6k9hwKMz pic.twitter.com/6RPrTGNzAu

We’re not saying he is insincere in his aim of reducing road deaths, rather that he is oblivious to the reality of life in rural Ireland and misguided on how effective the proposed change will be. What he is doing will make a difficult situation even worse for people in rural areas and is unlikely to make the roads any safer, as Danny Healy-Rae correctly pointed out to a Dail committee recently.

Healy-Rae questioned how statistics are compiled for “alcohol-related” deaths, in particular the Irish Road Safety Authority figures quoted by Ross indicating that alcohol was a contributory factor in 38 percent of all collisions between 2008 and 2012. But what exactly does this mean? As Healy-Rae pointed out, if a man is slowly and carefully driving home after having a pint and a half in his local pub and is hit by an alcohol free but speeding young driver who loses control, the accident goes down as “alcohol related,” or one in which alcohol was a “contributing factor.” It is added to the drink driving statistics.

Healy-Rae told the Dail committee that he did not believe that the person drinking just over one pint (which is enough to put you over the limit) was the problem on our roads. Many people have three glasses (half pints) and “they drive home carefully and they haven't been the cause of the accidents you're talking about,” he told Ross. And since he is a pub owner in Kerry, we can take it that he knows far more about the reality of rural drinking than Shane Ross.

Healy-Rae went on to remind the Dail committee about the real problems that cause accidents. Like the many, many people using mobile (cell) phones while driving. Or taking their eye off the road too long to check the Sat Nav or the radio tuning on the car’s display screen. Or the young drivers who take drugs, drink a bottle of vodka and then drive at lunatic speeds down narrow country roads. He also complained about recent legislation that prevents hedge cutting for several months of the year (to protect nesting birds), which results in badly overgrown bushes, narrowing country roads dangerously. This last one caused much derisive hilarity (“he’s blaming overgrown briars!”) among the urban sophisticates. But anyone who drives in country areas away from the motorways knows that Healy-Rae is right.

In fact, he is absolutely right about everything he says on this subject. The concentration on careful motorists who drive home after three glasses of beer is stupid. It will add further to the misery of drivers who live in rural areas, and yet it will do little or nothing to reduce road deaths.

Meanwhile, the real problems of drugged up boy racers, idiots on their mobile phones and sober motorists who drive way too fast will continue to cause havoc. The problem is not three glasses of beer. The problem is carelessness and, above all, speed. Of course, this does not fit the conventional narrative about drunk driving, which insists that any alcohol level is unacceptable. The narrative also means that crashes in which high speed was clearly the main factor are always referred to as “drunk driving” if one of the drivers is found to be even slightly over the limit.

The truth is that it is speed that kills, not relatively small amounts of alcohol consumed by careful drivers. Of course, official Ireland, including the Dublin-based media, does not accept this and ridicules backwoods men like Healy-Rae for raising reasonable questions. Of course, they find it easy to ridicule and belittle Healy-Rae, with his flat cap, his thick Kerry accent and the way he dresses like a farmer. And what would you expect from him anyway, they say -- he's a pub owner!

No opposition is tolerated. The Road Safety Authority simply says that “any amount of alcohol impairs driving. This is not an opinion, it’s scientific fact.” And yes, of course it is a fact. But an absolute statement like that is little help in the real world.

The real question is how much does a very small amount of alcohol “impair” driving, especially if care is taken and speed is low. And how does that compare with people who have no alcohol but drive too fast. How much more dangerous is it to use a mobile phone when driving, for example? And why is it that if you are caught doing that in Ireland you pay a small fine and do not lose your license? As Danny Healy-Rae says most people (it varies with body weight, food eaten, etc.) can drink three half pint glasses of beer and be perfectly capable of driving home safely. Certainly, that seems to be accepted in New York (and much of the U.S.) where the blood alcohol limit is 80 BAC, which allows the average person to drink three eight ounce (half pint) glasses of beer in an hour. So is Healy-Rae right? Are three glasses okay?

Read more: When an Irish pub locks you in then the real fun starts out