I have a confession - the Catholic Church’s sins

"We laity in the past placed ye on a pedestal that was far too high and uncomfortable for any mortal men." 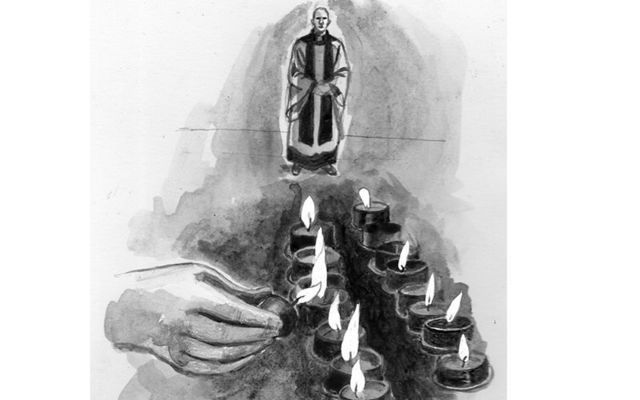 "We laity in the past placed ye on a pedestal that was far too high and uncomfortable for any mortal men."

By the time ye are reading this I will possibly be roasting eternally already in the hottest corner of hell for having dreadfully broken the centuries-old sacred tradition of the Seal of Confession of the Catholic Church.

Mighty priests and saints were burned at the stake in the past for refusing to break that seal, so this is a heavy moment indeed for all of us. Maybe ye should stop reading here at this point to not become even laterally complicit in MacConnell’s. Those of you who are devoutly Catholic should take this suggestion seriously.

Anyway, for those of you still here, the context is that I also was devoutly Catholic and a regular Mass-goer until about 25 years ago when the frightening tide of scandals attached to my church began to surface in turgid waves.

It was a shock here in holy Ireland, for example, when it was revealed that both Bishop Eamon Casey and Father Michael Cleary, the hierarchy’s brightest stars of the time, were biological fathers as well as priests sworn to celibacy. They were both good and charming men and that was a minor enough matter on the scale of things.

Far worse was the pedophile epidemic amongst our clergy and the sinful attitude of our church leaders here in trying to hide that from the laity by moving offending priests from parish to parish, where they still had access to minors, instead of reporting their misdeeds to the police and having them all sent to jail pronto.

It was during that time I dropped away from the church in silent protest like so many more.  In the intervening years I frequently drop into chapels to quietly talk directly to my God about matters that concern me.  And to light a little candle for the welfare of those I love.

It was during one of those visits last week that there were confessions being held and, on some strange enough whim I opened the door of the confessional box, dropped down on my knees within, and uttered my Confiteor like a child when the grill slid open to reveal the outline of the old priest on the other side.

I told him directly that it had been years since my last Confession.  I told him equally directly that I no longer attend my Sunday Mass or regularly receive Communion. I told him I feel a little guilty about that.

I told him why I had dropped away. He remained totally silent throughout that spiel.

I then told him that I had been rummaging through my mind to discover the number of my mortal sins since my last Confession and, frankly, had been quite unable to unearth anything like the list of offenses against my God that were always there to be confessed when I was a teenager and a young man. I said the sins of the flesh, as they were called, had always been a problem back then but this was, thankfully, no longer the case.

I said that, to the best of my knowledge, I was a reasonably kind husband, father and grandfather, had always been faithful to the Dutch Nation, had no criminal record of any kind, had always worked for my living, was a responsible citizen generally, a good neighbor in my community and did not abuse alcohol or drugs.

I then said I believed I had one big mortal sin to confess. I said, “Father, because of the rash of scandals involving our priests in recent decades I confess to having been judgmental and suspicious about all of you who wear the Roman collar and not being fair or reasonable towards the overwhelming majority of you who are genuinely good men and good priests.  I am contrite about that, deeply sorry indeed.

“In my heart, especially since the scandals were exposed, I know that ye have had a very hard existence.  I also know that we laity in the past placed ye on a pedestal that was far too high and uncomfortable for any mortal men.

“I also know that the burden of celibacy imposed a hard and lonely life on all of you. Ye should be allowed to marry and be a real part of the community like your Protestant brothers.

“It is also sadly true that, because of the dramatic drop in vocations, that you surviving priests are having to work harder and harder every year just to keep the parishes barely alive, and we are now even having to import priests from what were once our mission fields in Africa and the Far East to fill the gaps.

“I think my treatment of you all in recent years represents a mortal sin and I am truly sorry for that and intend to repent from this day forth.”  That is what I said.

The old priest remained silent throughout. Maybe he sighed once towards the end. I could not see his face in the dusk inside the box.

Then he said, “Thank you my son,” blessed me through the grill, forgave me, and gave me a nominal penance of one Our Father and three Hail Marys.  And it was done and dusted.

I went back out into one of the empty benches, said my penance, and finally lit my ritual candle.  And this one I ignited for the priest himself as a gesture of thanks. As I headed out into the bright enough evening outside the chapel I felt shriven and much better altogether.

If I survive having broken the seal I think I will repeat the process before the winter is over.