Revolutionize New Year’s resolutions - do something new for YOU

In 2018 rather than giving up a vice or doing penance learn to carpe that diem and take up something new - do something new for yourself! 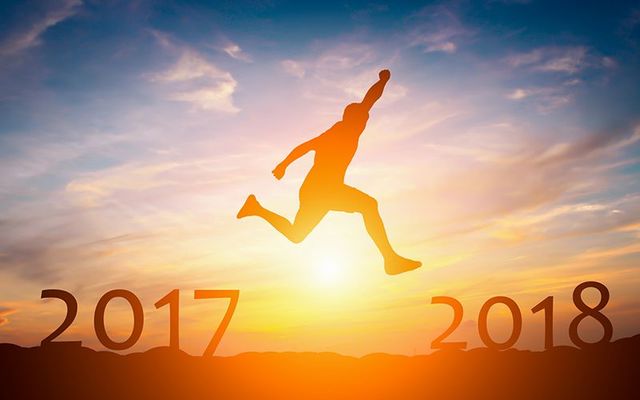 In 2018 rather than giving up a vice or doing penance learn to carpe that diem and take up something new - do something new for yourself!

Another day, another dollar – another year, another set of silly resolutions that are merely made to be broken. They are, in fact, begging to be broken.

Raise your hand if you have made a New Year’s resolution and kept it for the entire 365 days of the year. Is your hand in the air? If yes, then you’re a cheeky little liar. If not then hello, friend! We are much alike.

We didn’t make New Year’s resolutions as children. They were reserved for people who had actually made adult human errors throughout the previous years and needed to seek some sort of redemption by marking a resolve to improve upon their shabby selves.

The only sacrifice that children in Ireland were encouraged to engage in was Lent which basically consisted of giving up sugar and/or salt (chocolate/chips) for 40 days. However, we all broke the rules and snuck treats whenever possible because children so rarely have the capacity to be law-abiding Christians when they are busy being children.

I use the word sacrifice because a New Year’s resolution so often falls into this category. We decide to offer up a vice, an addition, a source of comfort – some kind of luxurious or idiotic indulgence that is in some way unhealthy, irritating to others or causes some kind of inconvenience to our dependents.

As well-intentioned as the above sacrifices are – and I obviously strongly encourage all of the above -- the fact that many of us decide to begin the New Year by giving up something or sacrificing something for somebody else is slip-up, and is also a very Irish thing to do. In America, y’all have a much firmer grasp on how to carpe that diem and do something for YOU.

Two years ago I spent New Year’s Eve in New York, and noticed a huge difference in the resolutions being made by my new companions, and even by my Irish pals who had also moved over there.

People weren’t QUITTING FOOD or NEVER DRINKING AGAIN. They weren’t actually giving up anything at all. They were starting something new.

Some were taking up yoga, meditation or mindfulness to get more in touch with themselves as they had lost touch in the madness of the city. Some were vowing to take a trip out of the city at least once a month and go hiking or visit a new suburb for an adventure.

Some were taking up cookery classes, some taking up a new sport or trying a new ridiculous but potentially fun activity. Some were going to start looking for a new job to spice up their lives, or take up a night class or learn a new language! The possibilities of self-improvement, furthering, moving forwards and bettering yourself were suddenly abundantly clear.

When I came back to Ireland last year I was re-immersed into the sea of negative connotations that comes with the passing from an old year into a new one. “Let’s evaluate all the mistakes I made over the last year and vow never to do those again.” It must come from centuries of Catholic guilt and enforced Confession sessions as a child, but you feel a need to seek penance and to have learned from the error of your extremely human ways.

Over the years, I have decided to quit everything from alcohol to television to having friends in a desperate attempt to eliminate the factors in my life that I thought were limiting my development and growth. What I should have been doing is actually taking a look at the human being that I am and figuring out what new and exciting things I could do that would be fun or advantageous.

I would ring in the New Year with a chaotically drunk New Year’s Eve celebration and sit in a pile of pizza and regret on New Year’s Day totting up all of the equally hideous embarrassments I had had over the past year which would result in a rash decision to do a “Dry January.” By depriving myself of any form of alcohol cold-turkey style, I stayed away from social situations because I didn’t trust myself not to cave, so the first month of the year actually became “Hermit January” and I launched into February with a highly destructive social thirst.

By eliminating the source, the source becomes more tempting and you begin to crave the source like a maniac. It’s Lent all over again, but for grownups.

Instead, I had to change my attitude to the source – everything in moderation.

For me, New Year’s Resolutions are no longer about a sacrifice, or weighing up the greatest embarrassing moments or biggest regrets and basing my needs for the following year on that. Now, it’s about looking forward and thinking, what new and exciting projects can I take on? What ways would I like to improve my attitude to life, my outlook on people, or my spirit of adventure!?

The past is in the past and we can’t change that. By using New Year’s resolutions as an attempt to undo or repair what we may not be so proud of from the last year, we automatically damage the incoming future by placing this pressure upon it to be better, to make us better and to cure the pain of our regrets. To me, this is a waste of precious present time.

Instead of making a resolve, create a revolution. Take on something new, begin something new, become someone who you can be proud of so that next year when you’re deciding what 2019 should be all about, you can look back on 2018 and know that you started it with the best intentions for yourself.

I will be returning to my beloved New York City in a mere two weeks and am ready for 2016 to kick off with a huge dose of All-American self-belief and am leaving all of my doubts behind me. So long, 2017. On to the next one.

What will you be taking up in 2018? What's the best advice you can give to someone going into the New Year? Let us know below.