George Heslin is set to take over as Executive Director at the New York Irish Center next month as Paul Finnegan steps down after 11 years. 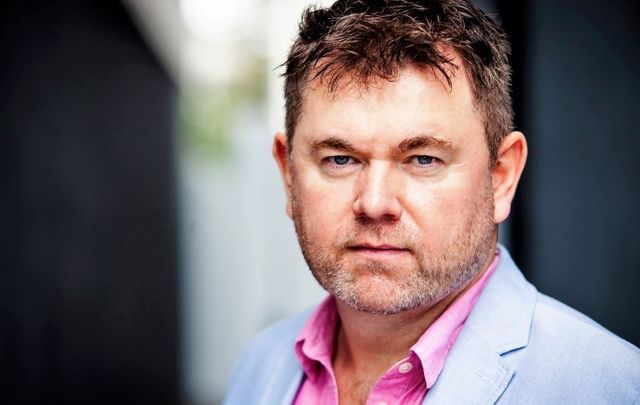 George Heslin will take over from Paul Finnegan as head of the New York Irish Center next month.

Paul Finnegan has successfully helmed the New York Irish Center in Queens since he joined in 2009, but next month he will hand the reins to George Heslin, the award-winning director of Origin Theatre Company and the 1st Irish Theatre Festival.

There's big news on the Irish community and cultural front. Paul Finnegan, the well-known executive director of the New YorkIrish Center (NYIC) in Long Island City, Queens, will step down from his long-running position on October 1 and hand the reins to the equally well-known George Heslin, founding director of Origin Theatre Company and the 1st Irish Theatre Festival. It's a changeover as unexpected as it is timely.

Finnegan, originally from Galway and now a resident of Glendale, Queens with his wife Rosa and their two children, has been part of the successful NYIC story since it was an idea proposed by the late Father Colm Campbell in the early 2000s. He has worked tirelessly to put it on the map since he came on board as executive director in2009, but what's prompted him to step down now?

“I felt during the course of the last year that what I had set out to do with the center was essentially achieved,” Finnegan tells the Irish Voice. “We have done tremendous work to become a sustainable organization, and that includes the process of securing the building in Long Island City.”

Simply put, Finnegan now feels it's time to move on. “I was very close to Father Colm Campbell back when the center was nothing more than a vision in his eyes. In 2002 and 2003, I began helping him with the marketing material and talking him through how to sell the idea. So my history with the center is really very extensive.”

Finnegan will leave NYIC next month with the books balanced, the name firmly established, the 10,000 square foot site bought and paid for, and with no debt on the building. It's a remarkable achievement for what is the youngest and arguably the most accessible Irish cultural and community center in New York. 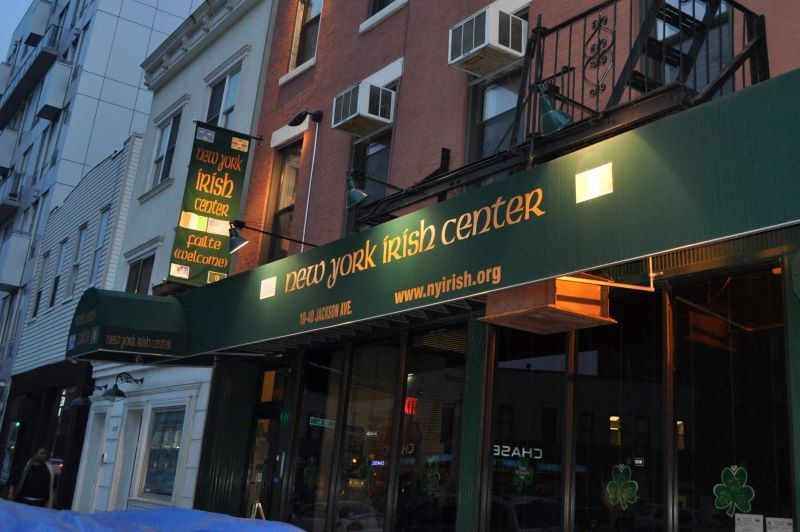 “Long Island City has developed into one of the better spots in New York City,” Finnegan continues. “It has become a lot more affluent around us. The NYIC board worked with all these years are very savvy business people who always looked at this building as something fixed on the landscape of New York, which indeed it now is. So the fact that we were able to secure the building is a fantastic achievement and very rare for an Irish organization in this town."

Father Campbell, who passed in 2015, was a welcoming person, and his vision for the NYIC was always for it to become a real center of the Irish community.

“Alongside our cultural work and our outreach to Irish seniors, we wanted to make the NYIC a place that reached people in the community who were in need of help or were in need of feeling that they belonged. That's still what it's all about. I keep going back to the three words that define our mission: community, culture, care,” Finnegan says.

Finnegan, who will pursue other professional and personal roles after he steps down, has had a background in community organizing since arriving here from Ireland in 1986. He served as the executive director at Emerald Isle Immigration Center for several years in the mid-1990s, and during that time he also helped form the Coalition of Irish Immigration Centers. Meanwhile, one of the signature NYIC partnerships that Finnegan cites with understandable pride is between the center and Solace House, a group that works on the prevention of self-harm and suicide.

“When we were in a position to start strengthening our care mission I learned that self-harm and suicide is an ongoing problem in our community. Instead of trying to build a response from scratch, we started to look at who was doing it best in Ireland,” Finnegan says. “Now Solace House has a dedicated space in our building on Jackson Avenue in Long Island City and its expanding that space in the next few months.”

NYIC's extensive work with seniors has been another high point of his stewardship, Finnegan says. “I've been surrounded by immensely talented seniors who in another generation would have been CEOs and bank managers. I think their involvement with NYIChas made their lives and my own so much richer.”

The pandemic has of course interrupted but not stopped the work that NYIC does, as it finds new and innovative ways to maintain outreach and provide community and support. Finnegan’s own decision to move on was not related to life after the lockdown, however. In fact, the discussions with the board to find his successor began nearly 2020 before the lockdown started, he says.

“I'm delighted that George will take over,” Finnegan says. “I believe him to be an excellent successor to build on the work I do and the work the board has done up to this point, because he is of a cultural background. He can be more creative on the cultural side of things than I can ever be. He sees our building as a tremendous cultural as well as community asset.”

Heslin, the Limerick-born artistic director, is clearly raring to go. “I've been aware of the NYIC fora number of years and origin has partnered with the center for eight years now working with the former program director Jane McCarter on the 1stIrish Theatre Festival,” Heslin tells the Irish Voice. “The expansive and welcoming programming that has been built by Paul Finnegan and the team already has ensured very solid foundations. What's lovely about an organization like this is that there are so many aspects of the programming, which embrace community, culture, and care, and in particular caring for the seniors and the vulnerable of the Irish community here. And of course, we have also worked with the NYIC committee on creating their LGBTQ programming.”

Currently, Heslin, alongside his own board of directors, is interviewing possible successors for his job at Origin. “I will be advising Origin for a short time, just as Paul is generously guiding me in my new role as executive director of NYIC, so that both organizations are in the best possible positions to continue to thrive as we all face and then emerge from the enormous challenges of the pandemic,” he says.

Large indoor gatherings are currently impossible, so finding new ways for the NYIC to help during the fall season when so many people are stuck at home with children is a programming challenge that he relishes.

“Maybe we have to create outdoor programming in park spaces and in creative spaces, obviously working within CDC guidelines, and of course I want to build on the academic and cultural side of our programming as well,” Heslin says.

Listening to the community and addressing all of its needs will be the key, Heslin says. After all, Campbell’s original vision for the NYIC was to provide a home for the Irish community in all of its rich diversity. Choosing Heslin to helm its journey into the 2020s makes that point very clearly.

New York's Irish Consul General Ciarán Madden agrees. “The New York Irish Center is a key partner for Ireland’s Consulate General in New York, and we are delighted to support their work. I want to commendPaul's innovative programming in recent years, including around LGBTQ+ issues and racism, celebrating and promoting the diversity of Irish America, as well as his focus on culture,” he said in a statement. “Through Origin Theater Company, George Heslin is another longstanding partner of the consulate. We look forward to collaborating with him and supporting him in his new role.”