GAA: It’s down to Kerry to stop the five ahead of the All-Ireland football final

Kerry rank as outsiders for their September 1 date with Dublin after their own game of two halves performance against Tyrone. 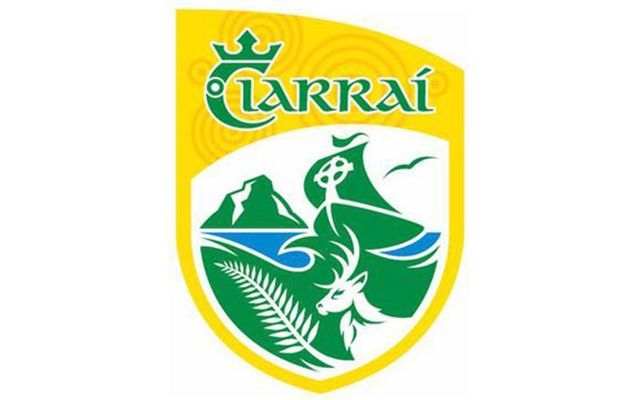 Kerry are well used to All-Ireland football deciders, but even they will know they are rank outsiders for their September 1 date with Dublin after their own game of two halves performance against Tyrone in Sunday’s semifinal.

Four down at the break, 0-9 to 0-5, Kerry did what Dublin had done the night before and upped the ante in the second half to run out 1-18 to 0-18 winners, thanks in no small measure to a Stephen O’Brien goal.

The Jekyll and Hyde performance ended well for the Kingdom but even midfielder David Moran, an All-Ireland winner in 2009 and 2014, knows there is no time to rest on their laurels as they stand between Dublin and the historic five-in-a-row.

Read more: Mickey Harte’s future at Tyrone up for debate

“The final would have been the aim at the start of the year. We haven’t been here since 2015,” Moran told RTE Sport. “We’ll probably enjoy this semifinal for about 20 minutes and then we’ll have a mammoth task to look forward to.

“There’s no point getting too excited here. In Kerry, you want to win All-Irelands. We have a huge task now trying to stop Dublin. Everybody dreams about winning All-Irelands. It’s going to come no tougher than this but we’ll give it a lash.”

Conversion of chances was the key phrase in the Kerry dressing room at halftime on Sunday according to Moran. He added, “We felt we had plenty of chances in the first half to have gone in closer than we were.

“We just didn’t take them. We take pride in the forward line we have and would have been disappointed with the chances we didn’t convert. That was a big thing -- we needed to convert the chances we created.

“We just needed to up it. We weren’t happy with our first-half performance. But the second half went well. Subs came in and made a big difference which is great.”

Goalscorer O’Brien will need to win an appeal against one of his three black cards this season – he got another late on against Tyrone – if he is to play in that All-Ireland final.

“Yeah, I knew that going in,” said O’Brien of his black card risk. “I think the black card in the Meath game was very harsh. I was running off the ball and it was an accidental head clash so we’ll be certainly looking to appeal that one.”

Kerry boss Peter Keane also hinted that his County Board will appeal that black card from the Meath game in Navan. “If there’s a possibility of appealing it we will,” said Keane.

“You want everyone than you can possibly have. Stephen is no different. He did well today. But with every panel, you’d be down training on Tuesday night and some fellow picks up a knock and some other fellow who isn’t with us today might be with us the next day. That’s why you develop a panel.”

Keane will get serious about the Dubs when his team returns to training this week, but on Sunday he was light-hearted in his approach with a story about goalkeeper Shane Ryan and his need for extra boots for the decider on September 1st.

Speaking to a bemused media corps, Keane claimed, “Shane was on the phone to Gerard Murphy of Vincent Murphy’s Sports in Castleisland just there. His biggest problem was would he get two pairs of boots or three pairs of boots because he’d have the boots worn out from kicking the ball out so much to Dublin!

“That is going to be the biggest problem. We’ll come up three weeks and we’ll do our best. There is no point worrying about the crossroads 10 miles down the road.

“I was telling a story earlier on in the year about my father teaching me to drive. We were going out around the Point’s Cross. Normally we turn at the creamery and head back from Portmagee to Valentia.

“I suppose somewhere around the Point’s Cross I was asking questions about some turn further out the road and he chewed me. That there’s not much point worrying about that until we get there. The same applies here -- it’s game-by-game.”

But Keane, as a proud Kerryman and Kerry fan, is well aware that drives for five can come unstuck and he has the mental scars to prove it going back to 1982 and that Seamus Darby goal for Offaly against the history chasing Kingdom.

“I was only a small lad. It was a big thing in South Kerry at that time because John Egan was captain,” added Keane. “South Kerry won the county championship the year before and my father was selector and he was chairman of the South Kerry board and there was a big hoo-hah at the time about who would be captain.

“At the end of the day, I think they picked the name out of a hat, whether it would be Jack O’Shea or Egan would be captain. For South Kerry to have the captain of the team who were aspiring to do five.

“Obviously there is going to be a lot of talk in Dublin, I told you I didn’t see the game. Seemingly, they put up a big score in the second-half against Mayo. You are dealing with potentially the greatest team that has ever played.”