Should the GAA be played behind closed doors? The debate continues

The great debate continues in the GAA as county managers, players, and presidents, past and present, offer their views on whether or not Championship hurling and football should be played behind closed doors this year as a result of the COVID-19 crisis. 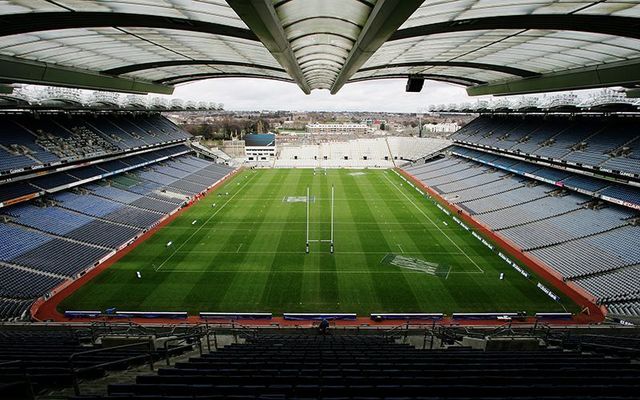 Current GAA President John Horan revealed a week ago that no Championship action will even be considered before October and it will only happen then in a medically safe environment, potentially with no fans present.

The debate over a closed doors possibility is still raging, and now Tipperary hurling team boss and two-time All-Ireland winner Liam Sheedy has entered the fray, saying he would rather no fans than no games at all.

“But to be honest with you, 80 percent of the matches these guys play already are behind closed doors because no one gets in to see any inter-county training!

“It isn’t the same. I love the buzz and the crowd. But the impact on the well-being and health of our nation in seeing matches would trump everything. I think games behind closed doors would give the nation a lift. I know that’s not financially viable.  I know the numbers wouldn’t add up.

“But I do think if we manage to get some form of Championship that was safe to run, I think it could make a big difference to the nation. But I wouldn’t be up for putting any player at risk. We’d need to know that a full risk assessment has been carried out so we can understand it’s safe to play. Obviously, the club players have had their say, 57 percent would like to return and 21 percent are not sure.

“Today, would I be happy putting out a Tipperary team? Absolutely not. So, we’ve got to sit tight for a few weeks and see how things develop. Racing is in the lucky scenario where they can obviously manage the social distancing.

“We don’t have that luxury in the GAA. It is a full contact sport and I don’t see that changing any time soon. We have to play a longer waiting game and safety has to be paramount.”

Sheedy did however tell RTE that GAA clubs should be allowed to open their grounds for members and community engagement as Ireland begins to come out of lockdown.

Croke Park have ordered clubs to keep their pitches closed until July 20, but Sheedy feels that ruling should be reviewed after sports like golf and tennis were allowed to return under strict guidelines on Monday.

“This is one I’d love to see changed. I know there’s a lifting of places where people can venture from the 18th May,” he added last week.

“The reality is people feel on top of the world when they have a hurley or a football in their hand when they’re in their local pitch. That’s what me and others grew up with.

“I do appreciate that it’s not an easy one to solve and I think the GAA has done an awful lot right in this pandemic. I think they’ve been excellent overall. But certainly, the one area where we could give a little back on is the hurling pitch.”

Former GAA President Sean Kelly agreed with Sheedy when he addressed the same issue last weekend, a view at loggerheads with his successor John Horan.

“The GAA is there to play games, so we should be ready to play games when it is given the go-ahead by the authorities,” said Kelly.

“We shouldn’t be saying we’re not going to play any games this year. I think we have to look at the direction from the government and the health authorities.

“But if they say it is okay and then there are games played in England and the continent and we’re not playing, then that is going to look rather strange. You are always better off giving people something they can look forward to rather than saying that nothing is going to happen.

“We should be prepared to work and open as soon as we are given the authority to do so.”

WATCH: Move it Monday with the Shannon Gaels GAA!