New systems, new managers and even new players will come and go in rival counties, but one thing never changes as far as Kilkenny are concerned and that’s their hurling pedigree. 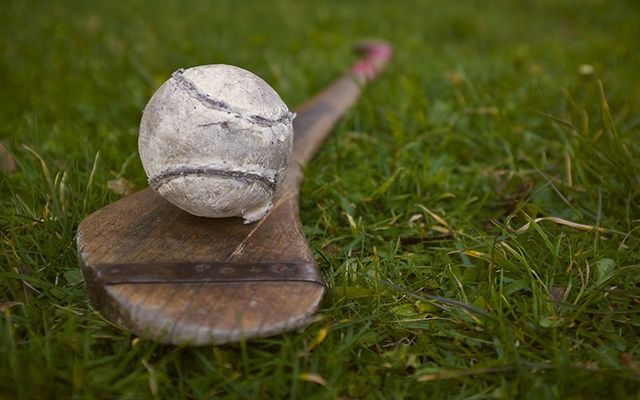 A GAA hurl and sliothar: Kilkenny knocks out Limerick. GAA

New systems, new managers and even new players will come and go in rival counties, but one thing never changes as far as Kilkenny are concerned and that’s their hurling pedigree.

Brian Cody’s team proved it again on Saturday as they snapped at Limerick’s heels and left Croke Park with the All-Ireland champions beaten and a place in the MacCarthy Cup final guaranteed.

Limerick have every right to question some dubious refereeing decisions, including the failure to award them a last-minute 65 that might have led to an equalizer, but there was no denying that Kilkenny played like a team deserving of a place in the All-Ireland final.

That much was evident all day long as the Cats put another pretender down, a fact not lost on star man TJ Reid afterward when he admitted he’s really missed the big days of late.

“Listen to the crowd! We missed this so much. Last time we were here was 2016,” said McGrath in an RTE interview as he received the Man of the Match award.

After two years outside the decision day in hurling, the longest drought in 21 years for the Cats, Kilkenny boss Brian Cody was allowed to wallow in Saturday’s win as underdogs.

The Cats ripped into Limerick from the first ball and were 1-8 to 0-2 up after just 18 minutes with the aid of a Colin Fennelly goal. They were never caught for all of Limerick’s valiant efforts.

“Obviously, we knew the opposition was serious, All-Ireland champions, outstanding champions,” said Cody afterward in an interview with RTE.

“We came up here to be competitive, to give ourselves a chance and we were obviously competitive but we had to keep it going, grind it out and to finish ahead at the final whistle is massively satisfying.”

Like Wexford less than 24 hours later, Limerick would leave Croke Park with regrets on Saturday night, not least the referee’s failure to award them a last-minute 65 when a sideline cut from Darragh O’Donovan came off Kilkenny defender Cillian Buckley’s hurl only for the umpire to signal wide. When ref Alan Kelly blew the final whistle almost straightway, their reign as All-Ireland champions was over.

“We knew straight away,” Kiely told RTE when asked about the 65 controversy. “We could see by the flight of the ball, it was taking a certain flight, it changed, it flew off to a different angle. We knew it was after taking a touch, what can we do.

As for the game and the defeat, a realistic Kiely added, “When you are 10 points to two down after about 15-17 minutes you have given yourself a mountain to climb.

“It took us a while to settle into the game. Kilkenny brought a ferocious intensity to the breaking ball and got a platform that they were very efficient with. They had themselves that bit of head start, the challenge from then on was to close that gap.

“We got it down to two and one and two and one, then it went out again to five and that really gave us a massive challenge again, closed it to two again and then to get it back to one and we were probably looking for that one little opening to come where we could get level. Had we broken that chink and got that level we could possibly have pushed on again but it wasn’t to be.”