For finding love in Ireland, this is really the best time of year.

Looking for love in Ireland? Getty

Looking for your Irish love? It's the perfect time of year to find love in Ireland.

The season which many of ye call the fall on your side of the Wild Atlantic Way is often called the rise here in Clare, and I will explain why.

It is because the world-famous Matchmaking Festival above in Lisdoonvarna on the edge of the Burren gets into full spate the second that September imprints itself on the clock and calendar.

Many of you are lucky enough to have visited the normally quiet and staid North Clare town during its mighty festival of all that is lively and Celtic for the whole month when the rest of Ireland is quieting down after the summer craic.

If you have not made it yet then resolve to do so.

You will certainly become entranced by the music, singing, dancing inside the first couple of hours.

If you are free and single you are quite likely to fall in love and embark on the next stage of your life journey with the partner of your warmest dreams.  That has happened to thousands upon thousands of visitors to the Matchmaking Festival down the centuries. Take my word for it.

Also, take another local tip. The water from the mythical Spa around which the town developed tastes dreadfully sulphuric unless you have a taste for that kind of liquid.

Anyway, the pints of Guinness and other beers in the dozens of rousing bars taste better than about anywhere else in the west during the month.  I think they somehow become infected by all the craic and romance frothing around them.  That’s my explanation anyway, and I’m sticking to it.

As ye are surely aware by now, when the rest of us were already exhausted emotionally by the epic battle between champions Dublin and their challengers Kerry in Croke Park, they were already beginning the merrymaking in Lisdoonvarna.

Seconds after the draw between two exciting sides I’m reliably informed that the music started up again, Irish dancing sets were taking the floor, and romance was palpably present.

There was no talk about this troublesome Brexit chaos.  It was all about the craic and excitement we will all relish again in the Croke Park replay on the 14th.

I’ve been saying here for months that Dublin will eventually claim Sam Maguire again when all the thrills and spills are over for the year. They played the most of the game with only 14 men after a red card against one of their toughest defenders and still survived.

It is all so exciting that they might lower the volume of the merrymaking In Lisdoonvarna for a couple of hours as the replay will grip the hearts and minds of the rest of the nation.  But they will resume the dances and romances in seconds after the final whistle blasts out the finale of a great GAA year altogether. You can be sure of that.

Given the mood of the moment and the fact that the world news from hotspots globally is so genuinely frightening for all our futures, I revert to the lighter side of life, which we Irish do so well most of the time, and share with you a couple of witty comments I overheard  this week in the lively pubs in my home town of Killaloe. I enjoyed them and I hope some of you will too.

There have been some great jokes about town about VP Pence. Image: Getty.

One crack suggested that your Veep Mike Pence, then due into Shannon Airport at any hour, would be much more welcome in recession times created by Brexit complications, “if his surname was Dollars instead of mere Pence which aren’t of any use to anybody in any market nowadays!”

The second wisecrack along the bar in Walsh’s Pub, which is my treasured local nowadays, came from a Kerry GAA supporter, disappointed they had not clearly beaten champions Dublin, who suggested that the policemen attempting to cope with the ongoing Hong Kong demonstrations were using blue dye (the Dublin team colors!) in their water cannons so that they could later clearly identify Dubs supporters “and give them the kind of hammering we should have given them in Croke Park last weekend!”

That’s probably wishful thinking, as we will discover before the month of September 2019 is over and a million tunes and dances and romances have developed in merrymaking Lisdoonvarna. 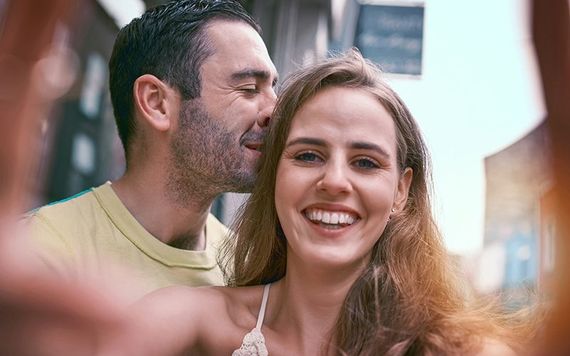 Will you find your Irish love this Fall? Image: Getty.

However, given the astounding width and depth of what they are now calling the Irish diaspora, I would not be at all surprised to learn that several of the Hong Kong policemen with the flying batons cannot easily prove they are descended from Irish grandparents.

Surely their full-blooded charges at the opposing demonstrators, including young children in many cases, forcibly remind this old hack of the RUC tactics against civil rights demonstrators in Derry and elsewhere in the North back in the seventies of The Troubles which I covered in the times which we are told could easily return unless this puzzling Brexit fiasco is speedily resolved by the now clearly Disunited Kingdom around Westminster. Time will tell.

I confess I feel like heading out now for the rest of the night. I won’t go to Lisdoonvarna, which is about an hour away along secondary roads from my doorstep here in Killaloe, but I’ll probably cross the Shannon five minutes away and enjoy the continuing celebrations on the Tipperary bank over the return of Liam MacCarthy, the All Ireland hurling trophy still being flourished aloft every night.

I’ll fully report later and that is a promise I’ll keep in full.