There was tight security over the weekend as President Donald Trump’s son Eric hosted a group of 30 U.S. business people at the family’s five-star golf resort. 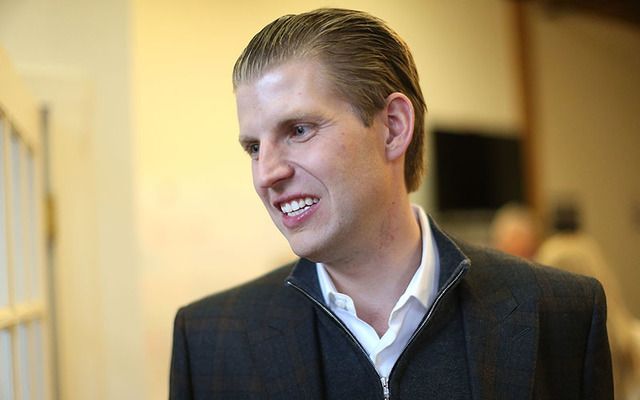 There was tight security in Doonbeg, Co. Clare, over the weekend as President Donald Trump’s son Eric hosted a group of 30 U.S. business people at the family’s five-star golf resort.

Eric, 33, executive vice president of the Trump Organization, arrived at Shannon Airport from Prestwick in Scotland on Saturday morning on board the company’s luxury Boeing jet.   He and his older brother Donald Jr. have been running their father’s business empire since soon after he was sworn in as president in January following his shock win in the election.

The Irish visit was the final leg of a golf trip which also included the two Trump resorts at Turnberry and Aberdeen in Scotland.

Garda outriders and other security vehicles accompanied the party to the Trump International Golf Links and Hotel which President Trump acquired in 2014 for €8.7 million. The course there has recently undergone a €5 million facelift.

Eric last visited the hotel in April where he held a series of meetings including discussions on the future of the resort and an ongoing planning process surrounding proposed coastal protection works at the property.

He was taking time out of his schedule at the weekend to relax before his first baby makes an appearance into the world in September.

Eric was a key advisor to his father in the run-up to the election making several television appearances with his wife Lara during the campaign.