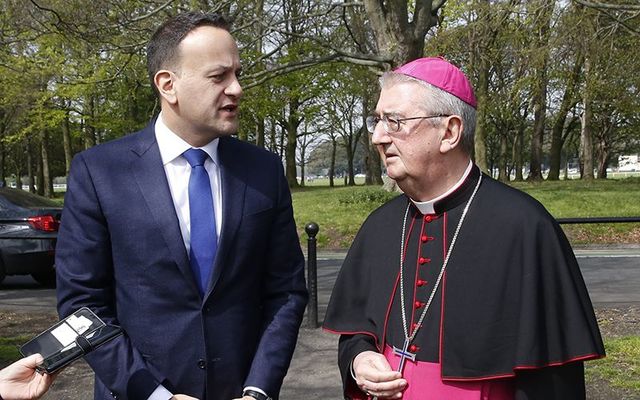 Following a spate of murders and attempted murders within recent weeks, the archbishop said the capital has undertaken an “unprecedented level of depravity.”

He said on Monday, “Where it can be ascertained that individuals hold direct responsibility in this traffic in evil, they will no longer be allowed to exploit religious services in the Archdiocese of Dublin to enhance their image.”

After Mass at his main church, the Pro-Cathedral in central Dublin, Martin told The Irish Times, “No more show funerals. Everybody has a right to be buried, funerals are for the bereaved as well, but when funerals become symbols which glorify, we have to insist that they be very simple.”

He said those who belong to and manage glorification funerals “can go elsewhere.”

The archbishop was speaking following last week’s murder of Iranian national Hamid Sanambar, 42, believed by detectives to be a gangland hitman.

All four were linked to a drug gang in Finglas, North Dublin, and gardai believe they were murdered by members of the same gang.

Another gangster, Noel Boylan, in his mid-40s, miraculously survived when he was shot and injured in front of shoppers at the Lidl supermarket in Blanchardstown, west Dublin, on Saturday.

Boylan, who has served time for armed robbery, is the father of 24-year-old Lee Boylan, described by the Irish Sun as a gangland bagman. Lee was also shot in March and received crippling injuries.

The surge in city violence comes at a time when the Kinahan-Hutch feud between mobs led by overseas residents Christy Kinahan and  Gerry “The Monk” Hutch has already claimed about 20 victims.

Warning that intimidation of priests officiating at gangland funerals, would not be tolerated by him, Martin said, “There are civil funerals all over the place. If they want that sort of thing, they go there. We will continue to have prayerful services, remembering those who died. But that’s it.”

Martin said at Mass on Monday, “In the past weeks, this violence has taken on an unprecedented level of depravity with shootings taking place unscrupulously near schools and shopping centers, leaving families terrified and children witnessing brutality that will leave scars on their lives for years.

“Who are the people who carry out and sponsor such violence? Where do they think they have a mandate to carry out such shameful violence simply in order to secure their own wealth?

“The perpetrators and sponsors of such violence merit nothing but rejection and distain. They belong behind bars and their business of death must be undermined and destroyed.”