Cliffs of Moher, the Irish Travellers and the pub!

"Harmless Cormac MacConnell's" musings on the sad suicides off the famous cliffs, the life of Ireland's berated ethnic minorities and the County Clare pub bargain for sale. 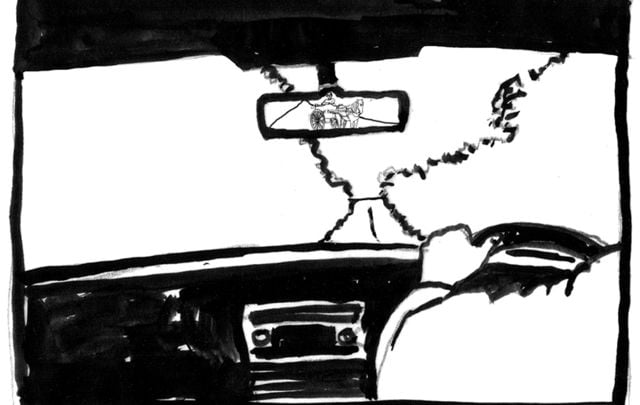 "Harmless Cormac MacConnell's" musings on the sad suicides off the famous cliffs, the life of Ireland's berated ethnic minorities and the County Clare pub bargain for sale. Caty Bartholomew

I have a heartbroken footnote to the tail of this week's tale but firstly, because I stood again close to the edge of the Cliffs of Moher last weekend, and was again awed by all that I viewed and felt, I am going to once again sincerely tell all of you who have never yet experienced the real Irish Wonder of the World that the Cliffs of Moher are a terrible beauty in every sense of the word for far too many of those who visit them.

Again, I say that if you and your party of visitors are well across the scale of your lives, then the Cliffs of Moher are a must-see on an Irish holiday. They are a stupendous amalgam of sea and surf and rocky cliffs and sky. I have visited many times and they always strike me silent with their sheer beauty and power.

It is not surprising at all that last year the Cliffs broke all visitor records yet again.  Nearly 1.5 million folk came to experience a well-developed tourist attraction which is the most popular signature point of all along the Wild Atlantic Way that runs all along the Atlantic coast from Kerry all the airy way up to Donegal.

However, sadly, as I told ye before here a few months back, the Cliffs of Moher are also a dreadfully notorious suicide hotspot, especially in recent years. If you live locally, as I do, then the local media are reporting another tragedy at the Cliffs with ever-increasing frequency.

It feels as if the brave men and women of the Doolin Marine Rescue Unit and their colleagues are searching for another body about every second week. It is as bad as that and, worse still, despite the best efforts of the professionals, not all the bodies are ever recovered.  The sea down at the frothing base of the overhanging cliffs presents a huge challenge to the recovery teams, especially during the fierce storms of winter.

There is a sad pattern to many of the deaths. Most are males, of about every age and social class, but, especially recently, the female ratio is climbing.

Quite often, without warning to any friends or family in advance, an abandoned car is discovered in the car parks around the attraction and, I understand, quite often there is a note in the car which will eventually come into the hands of the investigating gardai in the nearby town of Ennistymon.

In one of the most recent fatalities, two weeks ago, a young passenger on a visiting tour coach disappeared when it was time to leave. He has not been found since despite the extensive searches which are so common hereabouts nowadays.

I say again, with great sincerity, that we all need to be on our guard, every one of us, but especially any of us who have been through pressured times in our lives, when we go to Moher. There is a terrible beauty there to be sure, the sight and sensations of which enriches millions, but which also clearly negatively affects too many of us with dreadfully hurtful consequences.

Enough of that for now.

Strangely enough, on my way home through Liscannor, I caught up on the narrow road with a young traveler man driving his roan pony and spring cart with great speed and skill on his way towards Lahinch.  I saw his face in the mirror when I passed and he was very happy indeed with his day.

Concurrently, on the car radio which is always my companion on the road, I was hearing details of a new report into the background of Ireland's 45,000 traveling people which was intriguing indeed. It is a modern truth that our travelers are still a marginalized element in our society, and have been so all my life.

What I had not realized at all was just how hard their lifestyle hits them right across the scale. Travelers die much younger than equivalent sections of the settled community. Their children, dramatically, have much higher mortality rates than settled children and also frequently suffer from a wide range of health-limiting conditions, often very serious, and often related to the small gene pool from which the (still often arranged) marriages are made.

There have been cutbacks in all services to assist traveler children's education too, over recent years, and, in general, though these folk are still very proud of their own nomadic or semi-settled culture, they pay a high price for their place in this New Ireland.

Footnote: And so does poor harmless Cormac MacConnell. I informed ye lately here that some of you wishing to escape the Great America could buy my local pub in Killaloe from Willie and Bernie Walsh for about $300,000 or thereabouts. The only sale condition was that any new management could not bar me for the next 15 years.

Dammit if Bernie did not tell me that this is a real problem for several of those competing for the pub as we speak, largely because of sarcastic pieces I wrote about Sarah Palin in this space years ago. Who would believe it but, yes, your words can come back to haunt you.

I gather there is jostling but no sale yet with a week of the month left so ye can still reach Bernie at berniewalsh2804@gmail.com if that way inclined. But you still won't be able to bar me!