209 women in Ireland affected by the cervical screening controversy were not informed of a delay in their cancer diagnosis. 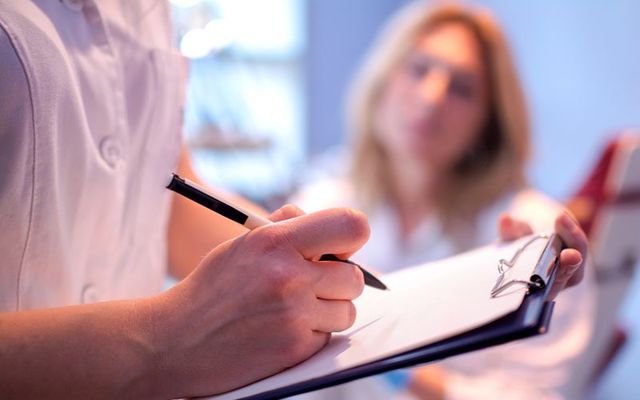 So far it has emerged that 209 women in Ireland have been affected by the cervical screening controversy. iStock

209 women in Ireland affected by the cervical screening controversy were not informed of a delay in their cancer diagnosis.

A British-based medical expert will head up the scoping inquiry into the Ireland’s CervicalCheck scandal.

This was announced on Tuesday as there were growing calls for the resignation of Health Service Executive (HSE) Director General Tony O’Brien, including from the widower of a woman who died after being twice given incorrect results of a smear test.

Health Minister Simon Harris said the new inquiry will produce a progress report early in June.  He said the non-disclosure of information in clinical audits, the labs used to screen smear tests, including two in the U.S., and Vicky Phelan's case were among the issues to be examined by the inquiry.

Vicky Phelan, was not told of her cancer diagnosis. She is now terminal.

Phelan, a Limerick 43-year-old mother-of-two, was diagnosed with cancer three years after her smear test results of 2011 were incorrectly reported as clear. She now has terminal cancer and medics have given her just months to live.

She was recently awarded €2.5 million in her action against Clinical Pathology Laboratories in Austin Texas, which examined the smear. The laboratory reached a settlement on terms without admitting liability for wrongdoing.

It emerged that 209 women affected by the screening controversy were not informed of a delay in their cancer diagnosis.

Now HSE Director General O’Brien is to complete his term with holiday allowance, four weeks earlier than the end of his contract in July.

HSE apologises for all male panel to discuss CervicalCheck controversy. Says former director general would have been here but made decision to stand aside pic.twitter.com/dOcsE5Y8ZX

But there have been calls for his immediate sacking, or resignation, from several quarters including from Sinn Fein leader Mary Lou McDonald and widower Stephen Teap whose wife Irene, from Carrigaline, Co. Cork, died last July after two false negative tests in 2010 and 2013.

Teap, a corporate sales manager at Volvo Cars, said, “I want Tony O’Brien gone and to help get rid of the panic that’s out there. Tony O’Brien cannot remain on while an investigation into CervicalCheck takes place.”

Teap, a father of two, said he has not ruled out taking legal action against the state for the loss of his wife.

Harris told RTE on Tuesday that O’Brien has only a “few short weeks” left as head of the HSE and he was best placed to help provide answers about the controversy.

Read more: Ireland has a sinfully simple attitude toward women

We are committed to sharing information and letting people know what’s happening now and what will happen next regarding #CervicalCheck. Information about the CervicalCheck audit, and advice for anyone concerned, is being updated daily on https://t.co/bfZb82dagw pic.twitter.com/IPajtRp6hy