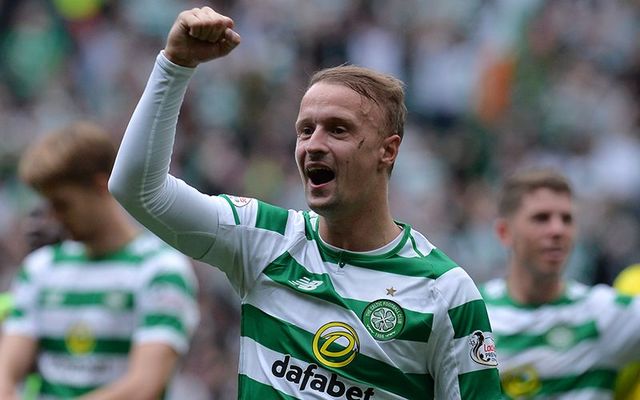 Leigh Griffiths has urged anyone struggling with mental health issues to go public with their problems as he continues his own return to wellbeing and happiness on and off the field.

The 28-year-old was given an extended break by then Celtic manager Brendan Rodgers after admitting to his own issues last December, a break that was backed when Neil Lennon arrived as boss.

Now Griffiths is back in action with Celtic and happy to talk about his own struggles in a bid to help others come to terms with mental health issues.

“If something’s on your mind say it, as ultimately I could be back in the same place and I don’t want to be,” said Griffith on Monday.

“Looking at what’s happening in society nowadays, a lot of people are taking their own lives and, maybe if they open up and speak up a little bit, it can save lives.

“For me, it was very lonely at times and, without the help of the club, friends, family, and support that I had, I wouldn’t be sitting here now. It has been a long and difficult road, but hopefully, there is light at the end of the tunnel.

“It was just a slow drip that was building up and Brendan Rodgers has seen that and that’s when he stepped in, so it’s another thank you to him. Because, if he hadn’t stepped in, who knows where I’d have been?”

Scotland striker Griffiths paid tribute to the Celtic management and fans for their help with his recovery and opened up on the support he has received from many quarters.

“It was not just from Celtic fans but fans all over Scotland,” said Griffiths. “Rival fans that see me as that rogue on the pitch, but away from that I’m just a family man who tries to look after my family. It’s nice to see that fans can put football rivalry aside.

“And the club has been great. Neil Lennon told me this season is a clean slate and told me to go and show everyone that you can still be a top player, and that’s what I’m trying to do.”

Griffiths featured as a second-half substitute as Celtic eased past Sarajevo 2-1 in the second leg of their Champions League clash last week, 5-2 on aggregate.