Catholic sectarianism frustrated the bringing about of the Ireland set out in the 1916 Proclamation, said Dr. Diarmuid Martin. 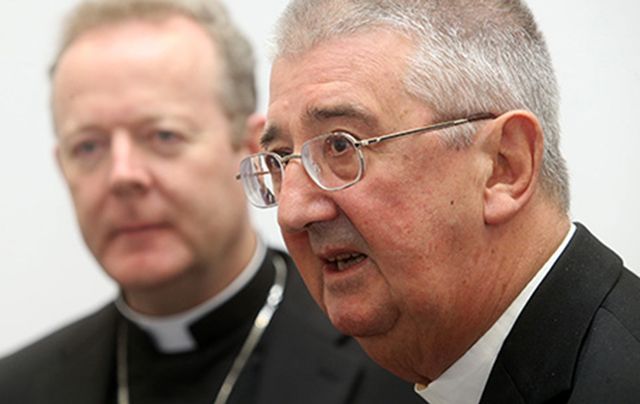 Catholic sectarianism frustrated the bringing about of the Ireland set out in the 1916 Proclamation, said Catholic Archbishop of Dublin Dr. Diarmuid Martin.

In a remarkable lecture in Germany, Martin said that after Independence in the 1920s, the new Irish Free State became more Catholic than the Proclamation had intended.

“The protectionist Catholic closed culture took roots in broader society and assumed a dominant position in the politics and social policy of the new Irish state,” Martin said.

In his St. Kilian lecture in Bavaria’s diocese of Wurzburg, he observed that Irish President Michael D. Higgins had noted that the dominance of a sectarian ethos had negative effects on the realization of the ideas of the Proclamation.

“That cannot be denied,” the archbishop said.

He recalled how Catholics began for first time to have access to public office and to important positions in the public administration from which they had before been excluded.

Catholic institutions began to assume a monopoly of services in education and health care and social provision. “The church dominated the educational situation of the country,” he said.

He noted that there are no structured organic links between church and state now, except in relation to education.  “The risk now looms large that effectively it will be come more and more difficult to maintain a true Catholic ethos in Catholic schools,” Martin said.

Non-discrimination legislation could be used to challenge state-funded faith schools. “The separation of church and state is not a hostile one, but it could turn into one and there are a growing number of vocal supporters of a much more hostile relationship,” he said.

Martin chided “stubborn reluctance” within the church towards divestment which he has advocated for a substantial number of Catholic schools in order to reflect the country’s changing demographics.

The Irish Independent’s religious affairs correspondent Sarah MacDonald observed that the Archbishop of Dublin’s call on education may be music to the State’s ears but could sound slightly off key to many in the Catholic education sector.