Irish nurses working abroad no longer wish to return for employment in hospitals at home. 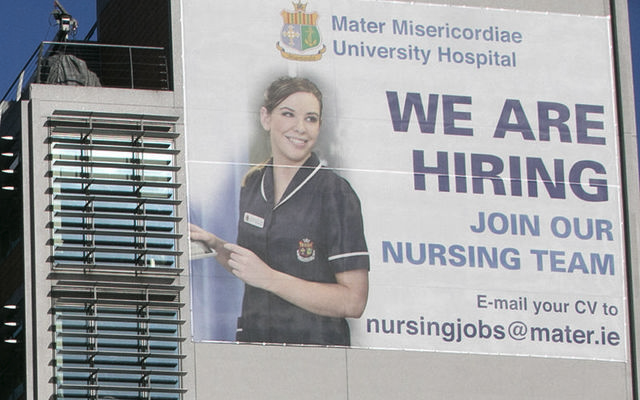 Irish nurses working abroad no longer wish to return for employment in hospitals at home.

That’s the inevitable conclusion from an admission by Ireland’s Health Service Executive (HSE) that a campaign to attract hundreds of nurses back home from overseas has been “quietly stood down” because of lack of interest.

The Bring Them Home campaign, launched in 2015 with a promise of recruiting 500 nurses from Britain alone, has attracted a total of just 120 nurses.

The Irish Times reports that HSE records released under Freedom of Information last year said three nurses had returned under the scheme between January and July 2018.

All of the nurses who returned under the scheme came from Britain, although Health Minister Simon Harris said in 2017 that the facility was extended to Irish nurses working anywhere in the world.

During 2015 and 2016, the HSE’s national recruitment service paid “approximately €250,000” for the campaign, including removal and relocation expenses, as well as the costs of flights.  From June 2016, costs were paid directly by the hospitals.

HSE national director of human resources Rosarii Mannion said that although the campaign was concluded and had been stood down, financial incentives worth up to €3,000 remain available to any nurse wishing to return to Ireland from abroad.

She told The Irish Times there was no formal decision taken to end the recruitment campaign.

She said, “I don’t think there was anything ceremonial about standing it up or standing it down... it just moved on and evolved.”

Her focus had now switched to persuading those already in the service in Ireland to remain in it.

She said, “But I am not running a Bring Them Home campaign.”