Where will it all end? An October election, a Labour victory and a rerun of the Brexit vote is my best guess. That is, barring any more catastrophes. 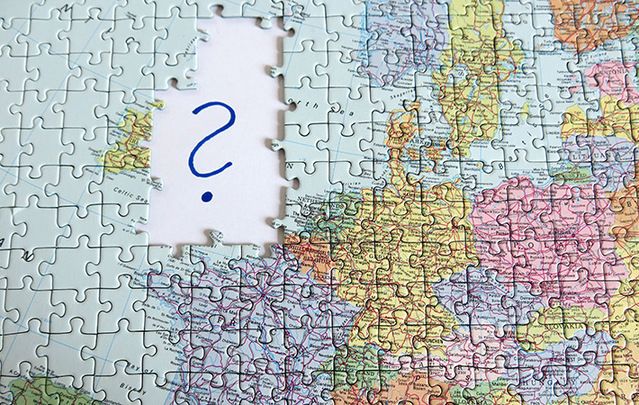 Can Brexit be undone? iSttock

London:  On the surface the British capital seems as busy and bustling as ever. Thousands of visitors take in the sites, and the majesty and history of their empire is on display as the British see it. The summer heat wave and long bright evenings showcase London at its best. At the center is the royal family beloved again after the Princess Diana era.

But underneath there is a rare historical moment, a controversy so deep that no one can predict how it will turn out and whether it will change Britain forever. Like the U.S., Britain is deeply divided, perhaps more than any time in it’s history. President Donald Trump may be the outward manifestation of it in the U.S., but the seeds of division were being planted for decades in the U.K.

In Britain, however, two recent events, both self-inflicted wounds, created the stand-off. The first was the ruinous decision of former Prime Minister David Cameron to hold a referendum on European Union membership. It was Cameron’s way to appease his hard-right Tories (read Tea Party) and dismiss them once and for all when the vote to leave failed … except it didn’t. To the consternation of the Europeans, Britain voted narrowly to leave in June of 2016.

Brexit was born like Yeats’ “rough beast slouching toward Bethlehem.” Cameron had no option but to stand down, and an accidental leader, Theresa May, who strangely had campaigned in favor of staying in Europe, took over.

May blundered almost from the moment she stepped into 10 Downing Street. Lacking an ounce of Cameron’s empathy and charm, she gave little indication she was ready for the enormous Brexit challenge. Her only definitive words on the matter sounded like a Trumpism, i.e., “Brexit is Brexit.” It was a line she parroted like George Orwell’s sheep in Animal Farm bleating, “Four legs good, two legs bad.” Completely controlled by her two chief aides, May took their advice and gambled on an election against her hapless main opponent, Jeremy Corbyn, whose Labour Party had polled only 28 percent in the local elections in May.

Thirty points ahead with only days to go before the election two weeks ago, May somehow contrived to lose the massive advantage as Corbyn outshone her, but eventually she squeezed home without a Commons majority. Her snap election came back like a boomerang, and she suddenly found herself facing a pact with the Neanderthal Democratic Unionist Party from Northern Ireland, whose idea of fun is criminalizing homosexuality, acting all suspicious on climate change, refusing to work on Sundays, etc. May campaigned on the need for a strong hand when she negotiated Britain’s departure. Now she may as well be waving a wet noodle at European leaders.

There is only one solution. Brexit is a disaster. A new referendum will have to be called, otherwise the U.K. will be a basket case. As if the election disaster was not enough, the tragedy of the Grenfell Tower apartment fire in London, in which up to 90 people may have been killed happened, weakening May further with her tepid response. The culprit in that tragedy? The refusal of the local Tory-led local council to remove flammable material from the outside of the building in order to save costs.

Suddenly it was a class war. May was roundly booed and refused to meet victim’s families. Even Prince William and the Queen were heckled. The deep anger of the have-nots against the haves, especially those in power, is in danger of spilling over. Think the summer of 1968.

Wily Trump canceled his visit here after police warned of the biggest civil disobedience campaign in British history. Where will it all end? An October election, a Labour victory and a rerun of the Brexit vote is my best guess. That is, barring any more catastrophes.