Acclaimed Irish documentary charts the fortunes of three small fishing communities, one in Ireland, one in Norway and one in Newfoundland, as they grapple with the legacy of environmental exploitation. 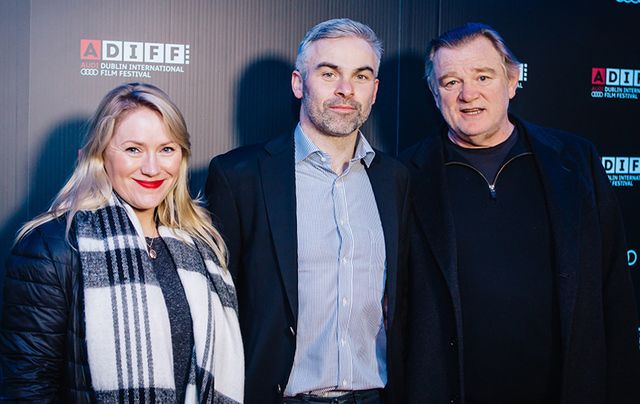 The acclaimed Irish documentary Atlantic, narrated by Brendan Gleeson, will have its New York premiere this Friday, March 24 at the Cantor Film Center courtesy of Irish Screen America (ISA).

Directed by Risteard Ó Domhnaill, the film charts the fortunes of three small fishing communities, one in Ireland, one in Norway and one in Newfoundland, as they grapple with the legacy of environmental exploitation and its troubling consequences on their way of life.

“My first film, The Pipe, was about the proposed Shell pipeline that was projected to run through my local community in Mayo,” Ó Domhnaill tells the Irish Voice.

Making that film was a localized, intimate and emotive project for Ó Domhnaill and the small west of Ireland town that happens to have the second lowest crime rate in the country. But he didn’t get into the wider politics of what was happening or the global picture, he admits.

“So I discovered that I wanted to answer some of the questions that had been raised in The Pipe. I wanted to look at what’s actually out there, far from this community, but which nevertheless affects them so much.”

In contrast to the tussles over oil and gas, fishing has a much bigger footprint he says. You can see the results and how they affect people much more readily.

“Fishing is easier to follow because all the evidence is right there in front of you. Our government tends to turn its back on the sea in favor of farming and business and all that. It’s so short sighted,” Ó Domhnaill asserts.

A documentary Ó Domhnaill had watched about the longtime immigrant exodus from Carrick-on-Suir called The Forgotten Irish helped him to join up the affected communities. In the film an Irish fishing community in Newfoundland, which has been there for generations and have somehow retained their Irish accents, were being as hard hit by changes to fishing practices as his own town in Mayo on the other side of the Atlantic Ocean.

As the oil majors drive deeper into their fragile seas creating profound environmental damage, the world’s largest fishing companies are simultaneously pushing fish stocks to the brink of extinction while governments applaud or look the other way.

One well-placed Norwegian fishermen, who had seen The Pipe strongly related to its theme of industrial giants attempting to steamroll the small communities and operations that stand in their way, contacted Ó Domhnaill.

Agreeing to tell their own tale, they were quickly included in his latest project because the fishing resources of Ireland, Newfoundland and Norway were all facing broadly similar challenges but responding in entirely different ways.

“In the documentary we look at the affect the super trawlers are having. We in Ireland joined the common fisheries and handed over this massive resource without even trying to fight for it. Our politicians turned their back on fishing communities and didn’t give a s*** about them,” Ó Domhnaill said.

He found a whistle blower who had worked on one of these super trawlers, owned by a Dutch company that operates in Irish waters. They caught 9,000 tons of herring but the boat only had the capacity to process 5,000 tons. They ended up dumping 4,000 tons of dead catch overboard. That represents about two years worth of fishing for Irish herring boats, dumped in one day.

“Greed and the quick fix solution for making money mean that these enterprises don’t care how much harm they’re doing to the ocean, the communities they’re muscling past, or indeed the consequences for the future of the planet,” Ó Domhnaill says.

These super trawlers are turning off lights in fishing communities on both sides of the Atlantic, he adds. “It leaves smaller fishermen fighting over the crumbs, you know? The government has turned their back on them. All the power, all the capacity and all the money has been concentrated into a few hands and they’re being enriched as everyone else suffers.”

The Atlantic premiere is a free, public event taking place at the Cantor Film Center, 36 East 8th Street at 6:30 p.m. Tickets are available by RSVP to cmch.info@nyu.edu.