Dublin UFC champ can call on celebrities who've had problems staying on the right side of the law such as Justin Bieber, Chris Brown, and Floyd Mayweather. 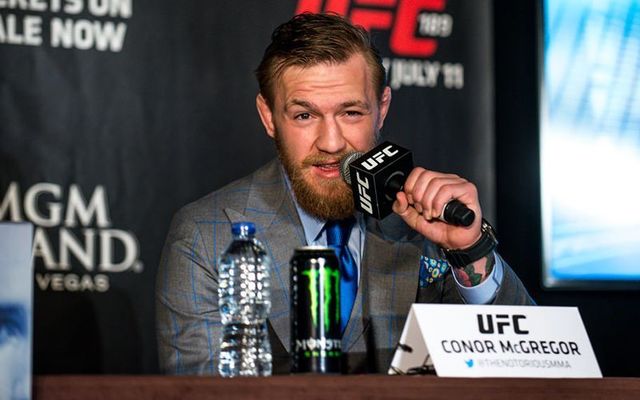 Dublin UFC champ can call on celebrities who've had problems staying on the right side of the law such as Justin Bieber, Chris Brown, and Floyd Mayweather.

If Conor McGregor needs a shoulder to cry on after his Brooklyn freakout last week he can call Chris Brown and Justin Bieber, two singers who’ve also had problems staying on the right side of the law.

Brown, who used his then girlfriend Rihanna as a punching bag in 2009 and also busted up a dressing room when he was a guest on Good Morning America in 2011, was quizzed by TMZ last week about Conor.  Brown shrugged and replied, “We all get crazy sometimes.”

And then there was Bieber, who was equally happy to offer some tea and sympathy to McGregor.  "I think Conor will be fine. We all make mistakes,” said Bieber, whose international rap sheet includes drag racing in Miami, assault in Toronto, vandalism in Brazil – you get the picture.

Even Floyd Mayweather, a convicted abuser of women who beat Conor in a boxing ring last summer – netting zillions for both – weighed in on the matter without a trace of irony.

There’s no doubt Crazy Conor – as our president might nickname him – will be back in action at some point, but he’s got to ditch the enablers and yes men, or else he’ll be on the has-been highway quicker than one of his UFC knockouts.

It certainly seemed like some of Thursday’s melee in the basement of the Barclays Center was staged – the buzz around the UFC has gone very quiet since Conor and Ronda Rousey sought work elsewhere, so why not get him and his gang to make some noise and resurrect interest?  And they hardly just walked into venue unannounced.

But Conor, wild-eyed and manic, looks like he flipped the script and went berserk.  And now the NYPD is involved.  Real smart.  Oh well, at least the shocked UFC had video cameras on hand to record it all and broadcast on its various social media channels.

On Monday night Conor tweeted a pic of himself, his son Conor Junior (rocking Levis and tiny Gucci sneakers) and girlfriend Dee Devlin with a heart emoji. All well and good, but living the thug life and spending a night in jail is hardly a good example for baby Conor to look up to.

Are you still a fan of Conor McGregors? Or have his recent actions changed your point of view?