The Irish presidential election produced one major surprise despite the fact that Michael D. Higgins, as expected, won in a landslide. 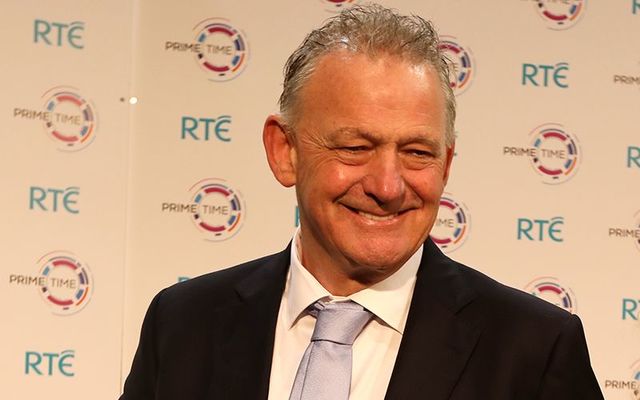 The Irish presidential election produced one major surprise despite the fact that Michael D. Higgins, as expected, won in a landslide.

Higgins deserves his second term and has been an impressive representative of the people of Ireland both home and abroad.

It was obvious from the beginning of the race that he was head and shoulders above all the other contenders.

But the news story out of the election was not his election to a second seven-year term, but the extraordinary showing of former Irish American Peter Casey, who for many years was based in Atlanta.

Casey’s campaign for the Irish presidency was going nowhere and was barely registering in the polls when he decided to up the ante and begin attacking the government from the right on social matters, notably the issue of homes for Irish travelers, a highly emotive one for the Irish electorate.

By so doing Casey catapulted himself up the rankings and ended up in second place with over 340,000 votes, 23 percent of the ballots.

In the process, he opened a Pandora’s box. Ireland has long seemed immune from right-wing demagoguery which has proven so successful here in America and in other parts of Europe.

But there is no doubt that Casey caught the mood of resentment and anger that was simmering away below the surface among the Irish population.

The fact is that the recovery from the collapse of the Celtic Tiger in 2008 has been very uneven, with many individuals faring well but ordinary citizens finding little difference in their day to day lives despite better economic times.

Ireland’s liberal social welfare policies towards foreign-born nationals have long been a source of controversy, and Casey certainly touched a nerve.

In addition, there is a deep sense of frustration that so much Irish tax money goes to people in the form of grants to uphold their living standards.

After Casey’s shock result in the poll, the race to the moral high ground began, with columnists and editors in Ireland rounding criticizing the millionaire businessman Casey for raising such issues.

However, it was noticeable that some politicians – most notably the Fine Gael renegade Michael Lowry – began using Casey-like language, declaring that he has a point.

Politicians now know that the third rail of Irish political life has been touched. Casey not only survived but thrived with his outspokenness.

Casey himself is an imperfect messenger, but his new-found political success means that he’s become a player in Irish political life.

He now has the ability to move Irish politics to the right, to question the entire range of social welfare issues, and to ask some very hard questions about benefits that the unemployed receive.

Noticeably, however, he has not been critical of the many wealthy people who denuded Ireland of tax revenue by keeping their accounts abroad.

Like President Trump here, Casey has focused on issues that were once just whispered about but which now are poised to become mainstream ones in Ireland.

A dull and boring Irish presidential election may actually have been the stepping off point for a whole new debate on government spending and actions. That will be an interesting one to witness.